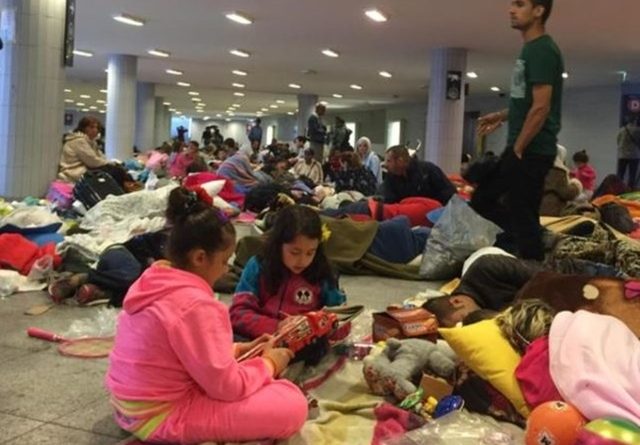 It started with five kilograms of oranges and some water. The next day, the oranges doubled.

“And now we have this camp, or this Turkish or Moroccan style bazaar here,” Tamar Lederer said with a smile as he pointed to the pile of sleeping bags, food items and heaps of other stuff.

His five kilos of oranges have turned into Migration Aid, a grassroots organization run completely by volunteers with donations from individuals to help the refugees who come to Budapest’s Keleti train station.

He is not unique. Most of the tables set up to aid refugees arriving at the station on their way to Austria or Germany were manned by individuals volunteering their time and money.

Conspicuously missing Wednesday were traces of any government set-up or official other than police, who were helping to keep order as refugees waited to board their trains.

Many volunteers who had been coming to the station regularly told VOA they have not seen any official distribution of aid to the refugees since the start of the crisis.

Although Lederer found it “heartwarming” that ordinary Hungarians, who he thought did not have a “huge culture and history of volunteering and social responsibility,” were coming out this way to help.

Among them was Al Mohammad Haya, a Syrian who immigrated to Hungary many years ago. She came straight to the Keleti train station every morning after dropping her daughter to school and stayed there until 4 p.m., when she had to pick her up.  On some days, she returned to volunteer another few hours of her time in the evening.

When local police, with few official Arabic language translators to deal with the thousands of refugees, appealed for help from the country’s Arabic speaking population, Haya said everyone she knew responded.

Despite their best efforts, she said, the sheer numbers of arrivals, coupled with the language barriers, were causing confusion.

Any refugee who was registered and had documents did not need to buy a train ticket. Yet most were buying tickets not just to the border of Hungary, but all the way to Germany, costing them hundreds of euros.

Some, particularly Afghan refugees, were afraid to take a train to Austria, for fear that once they were registered there, they wouldn’t be allowed to move on to Germany. So they waited to spend the night out in the cold in the hopes of catching a direct train to Munich the next day.

The throngs at the border are only expected to increase during the next few days, as news reaches people that a new Hungarian law will come into effect September 15. This law will make illegal border crossing a criminal act. Anyone violating the law will risk several years in prison.

Any new arrivals will be kept in a “transit zone” while their asylum applications are processed.

Second Tymoshenko trial takes off, with third one pending 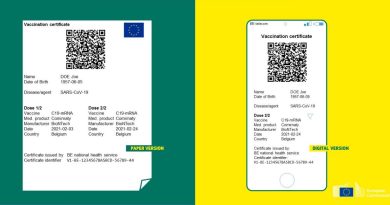