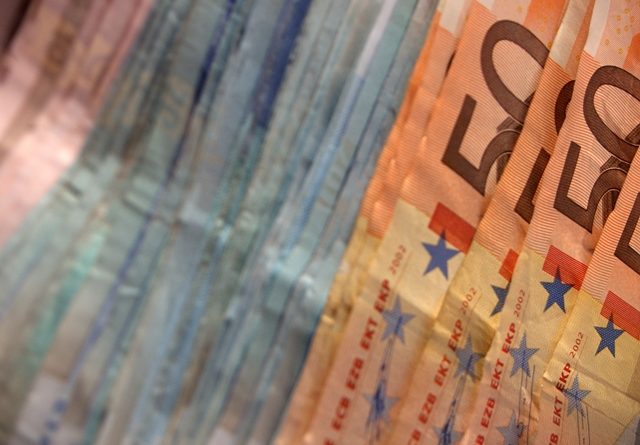 Greece says it will not be able to make a $1.8 billion loan payment due Tuesday to the International Monetary Fund (IMF), with Athens facing the expiration of its international bailout and without enough money to pay the debt.

“There had been some complacency in global markets around a possible Greek exit from the eurozone, but that is clearly being shaken off at the moment.  So I think that’ll continue to dominate markets this week,” said analyst Erwin Sanft at Macquarie Securities in Hong Kong.

Commodity prices also were affected, as buyers seeking a safe haven drove up the price of gold. The price of crude oil dropped sharply, perhaps because economic problems could hurt growth and cut demand for energy.

The Athens stock exchange is closed for six days as Greece faced the end Tuesday of its bailout agreement with its international lenders. It is seeking a new $8 billion loan segment, but has balked at imposing new austerity measures demanded by its creditors.

The Standard & Poor’s financial services company cut Greece’s credit rating further into “junk” status and said there was a 50 percent chance the country would become the first to exit the 19-nation euro currency bloc in its 16-year history.

Greece has scheduled a referendum next Sunday on whether to accept the lenders’ demands for more austerity measures in exchange for new loans. Both European Union chief executive Jean-Claude Juncker and British Prime Minister David Cameron warned that a “no” vote would mean that Greece wants to divorce itself politically from Europe.

“A ‘no’ would mean, regardless of the question posed, that Greece had said ‘no’ to Europe,” Juncker said in Brussels. Cameron said he would “find it hard to see” how a negative vote “is consistent with staying in the euro.”

Greece’s radical leftist Prime Minister Alexis Tsipras broke off negotiations with the creditors over the weekend and there was no sign of new talks. He called on his countrymen to vote ‘no’ in the referendum.

European leaders said they are open to further discussions as the bailout deadline approaches.

Spanish Prime Minister Mariano Rajoy said his government “will try to find a happy outcome because the opposite will be very bad. But Greece must bring something to the table and know that besides demanding European solidarity she must meet her obligations like other nations which received a bailout.”

Bank depositors lined up outside Athens banks to tap into their accounts at streetside ATMs, but they were limited to 60 euro ($68) withdrawals a day this week.

Bank depositors lined up outside Athens banks to tap into their accounts at streetside ATMs, but they were limited to 60 euro ($68) withdrawals a day this week.

Pension payments were slated to be exempt from the capital controls. Pensioners lined up early at bank branches, hoping they would be able to access their funds through the cash machines, but they were not successful. The Finance Ministry said it would explain later Monday how pension payments will be disbursed.

“We need to stay calm, we can live with less until the situation is resolved,” she said. “Why should we panic? There’s no reason for that. At some point all this will end.”

Tsipras went on national television Sunday to announce the six-day bank closures and cash restrictions, hours after the European Central Bank, another Greek creditor, said it will not continue an emergency loan program that had allowed Greek banks to remain open in recent weeks.

Tsipras’ announcement came after weekend talks between Greek negotiators and their European creditors ended without a deal on terms of an ongoing cash-for-reforms bailout. Without a deal, analysts say Athens likely will default Tuesday on the $1.8 billion loan payment due the IMF.

IMF Managing Director Christine Lagarde voiced disappointment over the stalemate. The White House said President Barack Obama and German Chancellor Angela Merkel spoke by phone Sunday and agreed that it is “critically important” that Greece accept European reform demands as a path toward growth within the eurozone.

Sunday, U.S. Treasury Secretary Jack Lew told Greek Prime Minister Alexis Tsipras to find ‘a sustainable’ solution for the sake of the global economy.  He said it is important all parties continue to work to reach a solution involving both reform and potential debt relief, and called on Athens to maintain financial stability.

In a related development, reports from neighboring Macedonia say the Skopje government on Sunday ordered its financial institutions to pull their money from Greek banks. Restrictions also were imposed on the outflow of capital to its southern neighbor.