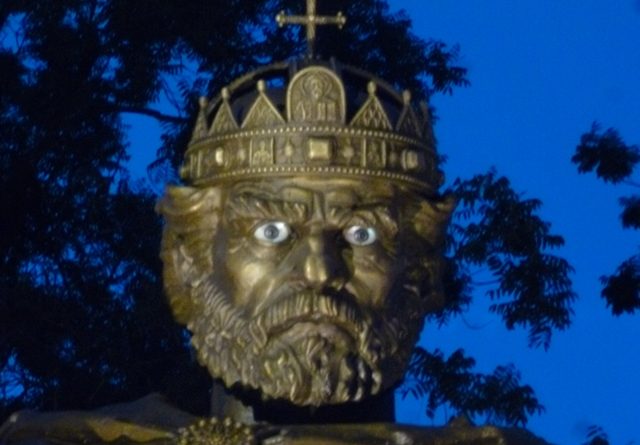 In central Sofia, it is not only the glow-in-the-dark eyes of the statue of Tsar Samuil that illuminate the night – so do the displays of smartphones and cameras as crowds gather to photograph the controversial new monument.

As is well known, the statue of the 10th century Bulgarian ruler has its admirers and detractors. On the night of June 11, just a few days after its official unveiling, the statue was the target of vandalism, with paint dumped on the spotlights beneath the monument.

It is these spotlights, shining from the ground, that catch the bejewelled eyes of Samuil and make the LED diodes behind them glow.

Municipal employees were swiftly summoned to clean off the paint, and recordings from security cameras in the area have been handed to police to establish who was behind the deed.

Strikingly, among those who have come the monument at night was someone dressed up as an Andromeda-style android, in a costume bedecked in lights, somehow strangely suggestive of a 21st century answer to Robert Redford’s 1979 The Electric Horseman.

The illuminated android appeared, adding to the attraction for the night’s crowd of tourists and the curious, and then moved on, having struck poses and taken selfies with Samuil.

Online, a Bulgarian-language website, one of a number to run an online poll about the statue, was chagrined when someone manipulated the poll, casting about 24 000 votes against the Tsar Samuil statue over a few hours from just two IP addresses. 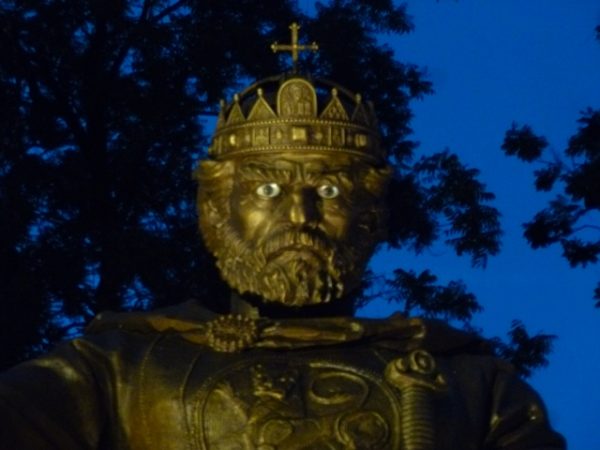 Tweets so far have included a comment on the vandals, passing on of jokes about himself, an announcement that he will be charging two leva for a selfie with him (five leva if it’s with the children) and a complaint that he has not yet been invited to appear on breakfast television. 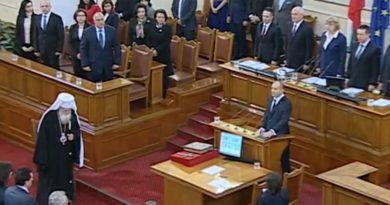