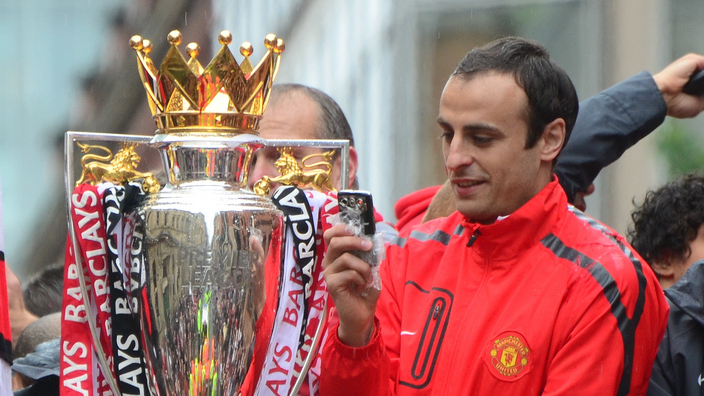 Bulgarian striker Dimitar Berbatov will leave AS Monaco after the French football club has decided not to renew the former Tottenham and Manchester United star’s contract.

In a statement on its website on June 2, the club praised Berbatov for “his character, his professionalism and his great talent” and wished him the best going forward.

“Dimitar Berbatov showed all his talent and a great professionalism. He is clearly among the greatest strikers who played for AS Monaco. We are proud of what he brought to the club and wish him the best in the future,” Monaco vice-president Vadim Vasilyev said.

Berbatov, 34, joined Monaco from Fulham in January 2014 and made a blistering start in France, scoring nine goals in 15 matches and helping the club finish runner-up in the French league last year. But he has struggled to replicate that form this season, with nine goals in 38 games, as Monaco finished third in the Ligue 1.

His brightest moment of the season came in the Uefa Champions League knock-out stages, returning to his old hunting grounds at Arsenal’s Emirates stadium, when he scored one of Monaco’s three goals that all but ensured the team’s progress to the quarter-finals (where Monaco lost to Juventus).

Unsubstantiated reports in British media have claimed that Berbatov could make a return to the English Premier League, a competition that he has won twice during his spell at Manchester United, which he joined as the club’s then-record transfer for 30.75 million pounds in 2008.

One persistent transfer rumour has linked him to possibly joining Bournemouth, who will play in the Premier League for the first time in their history next season after winning back-to-back promotions from League 1 and the Football League Championship.