The European Commission said on May 28 that it has asked 11 EU member states, Bulgaria among them, to fully implement the provisions of the bank recovery and resolution directive. The directive went into force last year and EU countries had until the end of 2014 to implement it.

The EC said that the directive was “a centrepiece of the EU’s Banking Union that was put in place to create a safer and sounder financial sector in the wake of the financial crisis” and provided national authorities with “the necessary tools and powers to mitigate and manage the distress or failure of banks or large investment firms.”

Drafted in the aftermath of the 2008 financial crisis, the main objective of the directive was to ensure that banks on the verge of insolvency can be restructured without taxpayers having to pay for failing banks to safeguard financial stability; providing instead for shareholders and creditors of the banks to pay their share of the costs through a “bail-in” mechanism, the Commission said.

The issue is particularly topical in Bulgaria’s case, where the country’s fourth-largest lender by assets, the Corporate Commercial Bank, asked to be put under central bank administration in June 2014 and later was found to hold mainly impaired assets. Following a write-down, its banking licence withdrawn in November 2014, but its majority shareholder has repeatedly claimed that he was never given a chance to present a restructuring plan.

The Commission’s request to implement EU regulations came in the form of a reasoned opinion, the second stage in the infringement proceedings it can bring against EU member states. Bulgaria has two months to comply with the request or risk being taken to the EU Court of Justice over this matter. 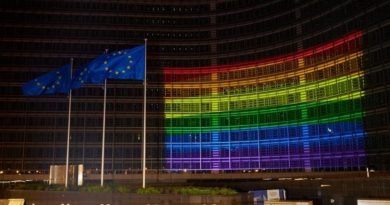