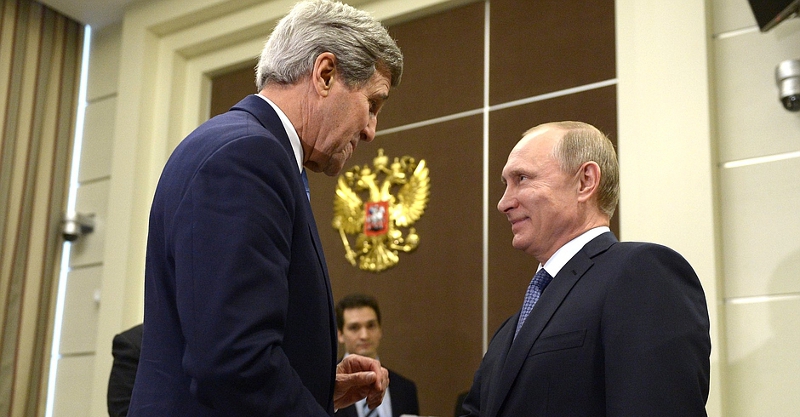 Political analysts agree the four-hour meeting this week between US secretary of state John Kerry and Russian president Vladimir Putin was a step up in contact between the two countries.

Despite tensions over Ukraine, the two sides hold regular discussions, including president-to-president phone calls and numerous meetings between their top diplomats. But Dmitri Trenin, director of the Carnegie Moscow Center, said the face-to-face talks with Putin, believed to be the only real decision-maker in the Kremlin, were more significant.

“I don’t expect a thaw in the relationship,” Trenin said. “I think that the differences are pretty serious. They can’t be bridged in one meeting. Something more has to happen, but it’s important that the dialogue at least was elevated to that level.”

Relations then dropped to a new low over the Kremlin’s annexation of Crimea and ongoing military support for pro-Russia rebels in eastern Ukraine. The last year of clashes with Ukrainian government forces has left around 7000 people dead, most of them civilians caught in the crossfire.

“I think at that point they were really thinking about producing the level of interaction between the United States and Russia that would make it possible to stop the conflict in Syria and start the rehabilitation of the country. […] Unfortunately, we lost two years,” he said.

At a joint news briefing following the Sochi meeting, Kerry and Russian foreign minister Sergei Lavrov struck distinctly conciliatory tones, including on the issue of Ukraine. While disagreeing on how the conflict started, they acknowledged both Kyiv and the rebels had been violating the cease-fire and vowed to use their influence to try to stop the fighting.

Pavel Felgenhauer, a defense analyst and columnist with the Novaya Gazeta newspaper in Moscow, argues that the Kremlin does not need to use its influence because it is the one giving orders.

Despite mounting evidence, Russian authorities consistently deny they are offering arms or troops to the rebels.

Surge in combat?
The meeting came as fears rise of a possible new surge in fighting between rebels and government forces near Ukraine’s port city of Mariupol. International monitors with the Organization for Security and Cooperation in Europe have documented sporadic fighting and a build-up of tanks and other military hardware, especially on the rebel side.

Some analysts believe the rebels want to take not only Mariupol, to have access to the sea, but also territory farther west to form a land bridge linking Russia to Crimea. Trenin argues that the build-up is defensive and says the rebels are preparing for any Ukrainian attempts to retake lost territory.

“Anyone who’s thinking about rebuilding the economy of the region would need to look at Mariupol,” he said. “So, it’s very important for the rebel leadership in Donetsk. However, having said all that, I believe president Putin has very real control over rebel actions of that kind. No major offensive, I don’t think, is possible in that part of Ukraine […] absent a Russian nod or Russian acquiescence. And this I don’t think will be given under the present circumstances.”

Trenin said the Kremlin is pushing for the West to accept its authority over Crimea in exchange for accepting Ukrainian authority over the rebel-held southeast, known as the Donbas.

Observers note Crimea was not raised at the joint news conference.

Analysts, however, say Western governments and Kyiv are not likely to give in to Russian pressure, because doing so would legitimize its violation of international law. German Chancellor Angela Merkel, in a visit to Moscow  on Sunday, called the annexation of Crimea “criminal.”

More than Mariupol
And, despite the diplomatic gestures, military analyst Felgenhauer said he thought the Kremlin was preparing the rebels for a new offensive. He said resources going into backing the rebels, instead of economic development, indicated that a surge in fighting was inevitable. Russia, he said, wants more than just Mariupol.

“The real issue is not Crimea, not Donbas, it’s the entirety of Ukraine,” he said. “Russia wants all of Ukraine. Not Mariupol, not Donbas, and not only Crimea — all of it — as a Russian proxy. And, [it] will not settle for less.”

Felgenhauer said that the Kremlin is always open for dialogue and negotiations with the West, but that it will not compromise on the issue of returning Ukraine to its sphere of influence.

The crisis in Ukraine was sparked when Russia-leaning president Viktor Yanukovych abruptly pulled out of a trade deal with the European Union in favor of one with Russia.

A popular uprising last year against his government in Kyiv turned into bloody street clashes and sniper fire. Yanukovych fled to Russia and, as a Western-backed interim government came to power, the Kremlin seized Crimea and began supporting rebels in the east. 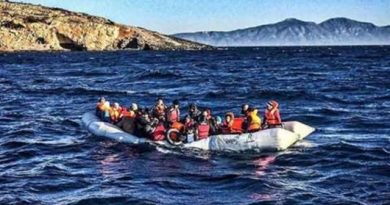