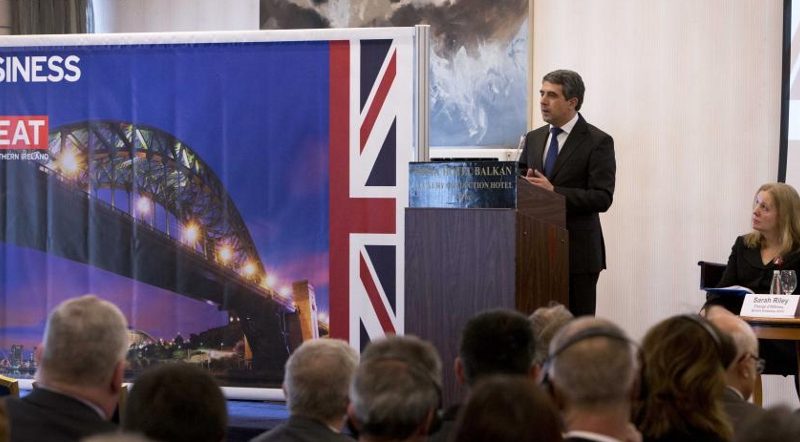 Bulgarian President Rossen Plevneliev praised the close business ties between Bulgaria and UK in his welcoming address to a British trade delegation on March 11, emphasising the potential for further investment in key areas of Bulgaria’s economy.

“Britain is a very important economic partner for Bulgaria and we hope that our country will continue moving up the ladder in the future. We value every investment from the UK, whether from large companies or small and medium enterprises,” Plevneliev said.

With investment of more than 2.1 billion euro in 1996/2013, the UK was the fifth-largest investor in Bulgaria, while trade between the two countries reached 860 million euro last year, growing consistently at a brisk pace of nearly 10 per cent a year, Plevneliev said.

“Today’s forum is a good platform to discuss all the opportunities available to us and making strategic decisions for the future. I believe that that we can succeed in reaching the full potential of Bulgarian-British economic relations and will have many positive reasons for meeting in the future,” he said.