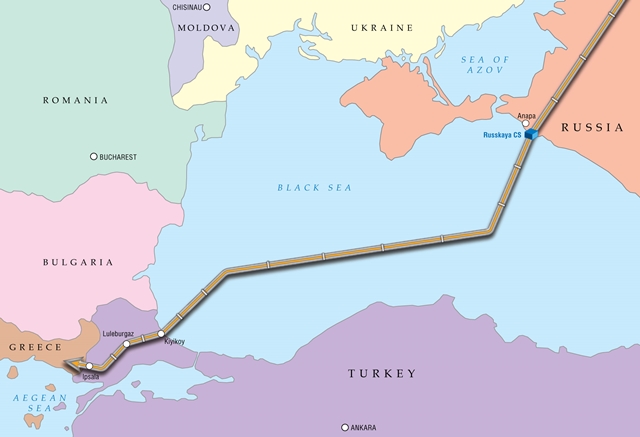 With Moscow declaring in the coming years that it will divert its gas supplies away from Ukraine and through Turkey to supply Europe, Ankara said it is a step closer to its goal of being a major gas hub. But critics point out Turkey still has many hurdles to overcome.

The deepening crisis in Ukraine could open the door to Turkey’s decade long dream to become a regional energy hub. Political consultant Atilla Yesilada of Global Source partners said Moscow’s decision to use Turkey instead of Ukraine as a transit country to supply European markets is a major opportunity for Ankara.

He said Turkey “will be replacing the supply that currently is being pumped through Ukraine.”

“Now obviously ethically there are major questions here and diplomatically there will be big tensions,” he added. “But economically speaking, the plan is feasible. Turkey simply becomes the next Ukraine and Turkey could become a major energy hub … supplying Europe.”

Moscow’s decision to circumvent Ukraine in shipping gas to European markets follows years of arguments and tensions with Kyiv, resulting in disruption of gas supplies to Europe.

But Sinan Ulgen, a visiting scholar at the Carnegie Institute in Brussels, said the prospect of Turkey becoming the new Ukraine is not being greeted with enthusiasm in Brussels.

He pointed out that the EU energy commissioner has indicated there are a number of legal obstacles.

“Namely,” he added, “Russia needs to amend the terms of supply to its large European customers. Because as things stand, these terms have stipulated that the gas will be supplied through Ukraine. And these are long term contracts, so it’s an open question whether the terms can be negotiated.”

But Gazprom head Alexei Miller dismissed such concerns in January, warning Brussels’ technical facilities have to be in place in two years to serve the new Turkish stream pipeline that will link up to Greece. Last month, Miller and Turkish Energy Minister Taner Yildiz took a four-hour helicopter tour to survey possible routes for the Turkish stream pipeline.

Moscow’s urgency appears to put Ankara in a strong position. Gazprom has twice reduced the price of gas it is selling to Turkey.

But Volkan Ozdemir, an analyst with the Ankara-based Institute for Energy Markets and Policies, said Turkey should press to turn itself from a mere transit country to energy hub.

“Turkey has the upper hand with Russia,” he said. “Because Russia, with these sanctions and economic turmoil, … Turkey is the only option. So, [Turkey] should in that sense persuade [its] Russian counterpart in order to become [a] partner of this natural gas hub.”

Ankara only receives transit fees for energy piped across its territory and has no right to resell any of that energy to third parties. But obstacles to Ankara’s  energy hub dream are not only diplomatic, warned Yesilada.

“It is risky because it takes a certain skill in terms [of] understanding [the] gas market, knowing the buyers, being able to forecast prices, having storage facilities, all these skills we currently do not have and need to develop,” he explained. “But it is also potentially very lucrative. So it’s a high stakes gamble.”

With another major pipeline to be built from Azerbaijan to European markets across Turkey and the Turkish stream pipeline, Turkey will be a major energy supplier to Europe. Yesilada said that will potentially give Ankara new leverage on Brussels.

Observers say Turkey has been battling skepticism over its energy hub dreams, but the Ukraine crisis could be the opportunity to give it the vital negotiating edge it needs to achieve that ambition.

EMA: Covid-19 vaccines authorised in EU protect against all strains, including Delta variant