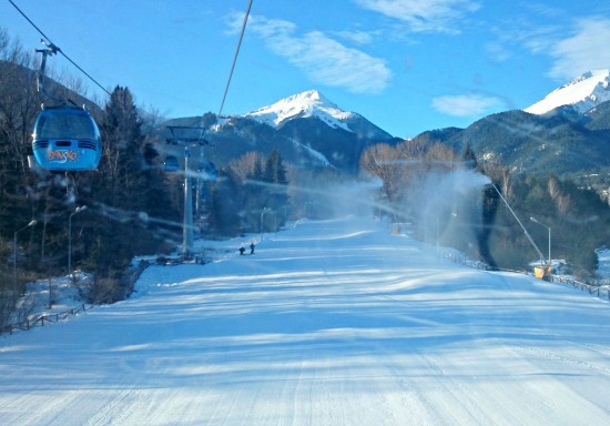 Austria’s Anna Fenninger made it two wins out of two in Bulgaria’s ski resort of Bansko, finishing first in the super-giant race on March 2 to put more pressure on World Cup leader Tina Maze of Slovenia.

Maze was able to minimise the damage in the standings by finishing runner-up, the same as the alpine combined race a day earlier, but her lead in the overall standings has shrunk from 84 points before the two races in Bansko to 44 points.

After a cloudy and foggy weekend in Bansko, which led to the postponement of the race on February 27 and the cancellation of the race of February 28, the weather finally relented and skiing conditions were perfect on March 2.

Lindsey Vonn, who was affected the worst by fog in her first-leg run of the alpine combined on March 1, finished third – even though she was unable to add to her two super-G victories in Bansko, won in 2009 and 2012, this was her fourth podium in the Bulgarian resort (she also had a share of the third place in one of the two downhill races held in 2009).

The third place in Bansko tied Vonn with Renate Goetschl of Austria in second on the list of all-time podium finishes with 110. She needs only four more to overtake Annemarie Moser-Proell as the all-time leader.

Maze, for her part, recorded her third podium finish in Bansko (she finished runner-up in a downhill race in 2009), breaking a three-way tie and now stands alone in eighth on the list of career podium finishes with 77.

The result also saw Fenninger overtake Vonn in the super-G World Cup standings for this season, while Maze surged into third with three races left in the discipline before the end of the year.

With Garmisch-Partenkirchen and Are left on the schedule before the season finale in Meribel, the World Cup race between Maze and Fenninger looks set to go down to the wire, with the Austrian poised once again making a late-season push in the standings as she did last year, when she won the overall title against Germany’s Maria Hoefl-Riesch after a strong finish to the season. 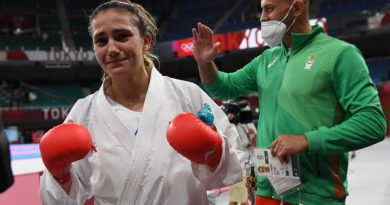 Dimitrov books spot in Madrid quarterfinals with win over Wawrinka