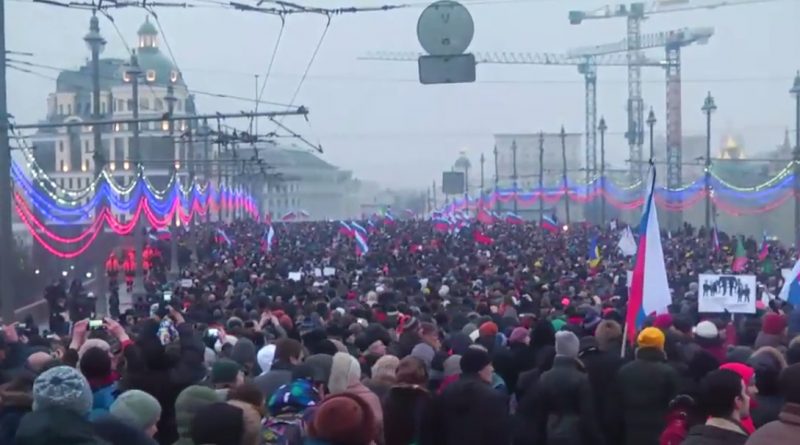 The Russian opposition had planned a protest rally “Spring” on March 1. When one of its organisers, major opposition figure Boris Nemtsov, was assassinated on the night of February 27, it was decided that a memorial march for Nemtsov will take place instead of the rally.

Various estimations counted up to 50 000 people at the march. According to the White Counter, a group of activists counting the participants, 44 700 people had passed the metal detector frames at the gathering point at Kitay-Gorod as of 4.30pm Moscow time, two and a half hours after people began arriving at 2pm.

Witnesses reported huge lines at the flower-selling stands nearby. 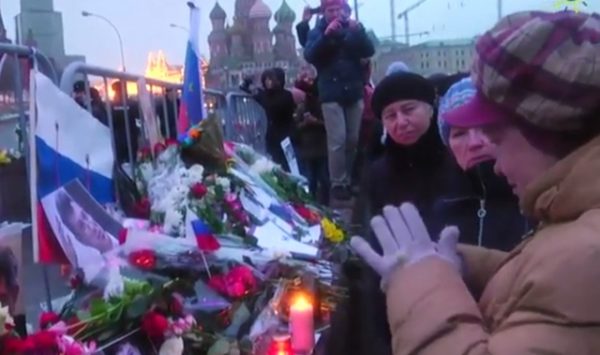 Shortly after 2pm, the gathering time, police detained an activist who held a banner reading “Down With Putin’s Autocracy.”

Similar memorial marches are taking place in Saint Petersburg and other big cities. 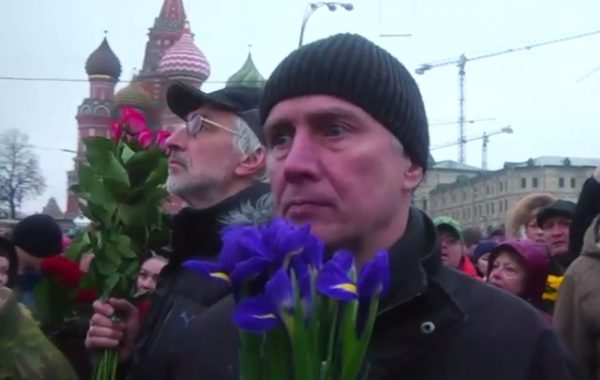