Just over a month after the Paris attacks, European leaders are meeting to discuss a range of counter-terrorism measures – from better information sharing to tougher border controls and scrutiny of the Internet.

Concern about terrorism, particularly radical Islam, has been mounting across the 28-member European Union. The attacks in Paris last month, the arrests of suspected jihadists in Belgium and the hundreds of Europeans who have joined jihadist groups in the Middle East have only heightened those worries.

Shortly before the summit of European leaders began in Brussels Thursday, EU President Donald Tusk spoke briefly to reporters. “On terrorism, I will also ask our leaders to agree [on] a workplace to step up the fight against terrorism as a natural consequence of the Paris attack,” he said.

Graham Watson, president of the European Liberal group, a block of EU lawmakers, called on EU leaders to adopt a proposal by the European Commission to create a so-called radicalization network.

“In other words, making sure we are sharing information about people being radicalized. The Belgium government has already acted to give itself powers to withdraw passports from those suspected, and the United Kingdom government has discussed that kind of measure. Clearly this is what needs to be discussed at a European level,” said Watson.

Among items up for discussion in Brussels are proposals to create an EU-wide system to share airline passenger information and to tighten border checks on travellers entering and leaving the 22-nation passport-free area known as Schengen. There are also calls to fight radicalization on the Internet through better cooperation and communication tools to counter extremism.

Analyst Anthony Dworkin of the European Council on Foreign Relations said these proposals are generally pretty sensible.  “They are concentrating on…better sharing of information, and I think that is the most important step that can be taken. When you look at the attacks that there have been and, in retrospect, what could have been done to prevent them, it has almost always been a question of sharing information rather than greater surveillance powers and so on,” he stated.

But Dworkin said that on questions like Internet surveillance, European nations must balance security concerns with ensuring EU values like free speech are respected. 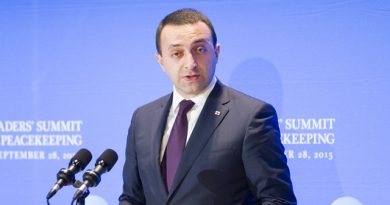