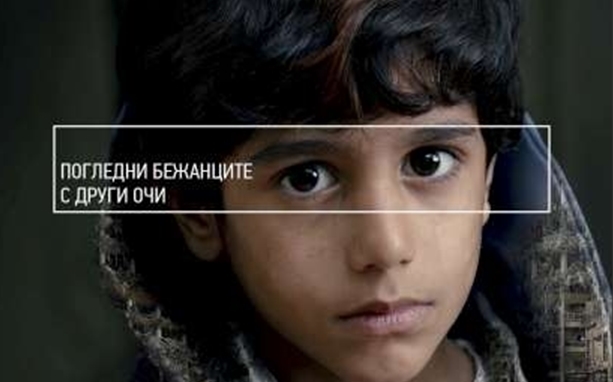 A 30-second television advert, launched on November 24 2014 and expected to be seen by millions of Bulgarians over the next month, is part of an innovative anti-xenophobia campaign which encourages Bulgarians to “see refugees through new eyes,” the UN High Commission for Refugees said.

“The idea for this campaign, the most ambitious we have ever launched here, is to encourage people to see refugees for who they are – regular people who have fled horrific violence and persecution,” Roland-François Weil, UNHCR’s representative in Bulgaria, said.

“This campaign is aimed at influencing the attitudes of the people in the middle,” he said.

“We are trying to refocus the debate away from numbers of refugees and supposed threats, and rally moderate voices to be heard in the public debate. Too often they are drowned out by the far right.”

In 2013, amid an unprecedented influx of some 9000 asylum-seekers, mostly fleeing war in Syria, many refugees were attacked.

In spite of appeals for tolerance from the president and prime minister, hostility against refugees reignited in April, when residents expelled three families from a village in central Bulgaria.

In September, protesting parents, teachers and local authorities prevented nine refugee children from starting school. They claimed the children would not fit in and would hold back the Bulgarian pupils.

“Social research showed that Bulgarians who have lived abroad or have relatives abroad are more likely to be sympathetic to refugees,” said Ivan Hadzhivelikov of the creative agency behind the campaign, New Moment New Ideas.

“This is what we wanted to play on in our ‘Letters’ campaign – to make an emotional connection with the viewer and urge them to look at refugees differently.”

The agency donated the creative work for the campaign to UNHCR. The TV spot will run until December 31 on two private stations and the public broadcaster Bulgarian National Television. A 60-second spot will be released on social media. The soundtrack is a 1916 classic that relates the nostalgia of Bulgarian migrants living abroad.

The TV spots are backed up by three posters that will be in metro underground railway stations, on huge wall murals and in shopping malls across the country. One twist is replacing the eyes of the portraits with a mirror so readers of 12 leading magazines will see refugees with new eyes – their own.

“We hope this campaign will become a rallying point for more moderate voices in Bulgaria,” Weil said. “In the longer term it is tolerant Bulgarians who will be the ones who can truly fight xenophobia in their own society.” 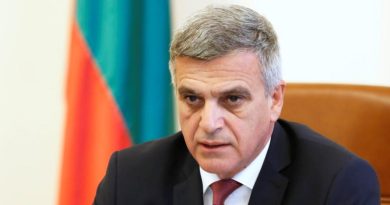