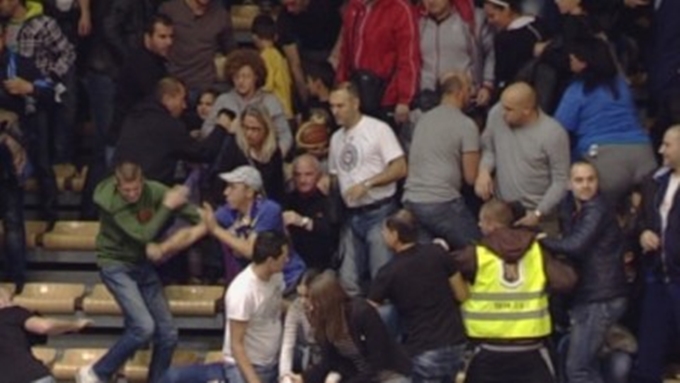 Thirteen people were arrested after a fight in the stands between fans at a Levski Sofia – Partizan Belgrade basketball match, Bulgaria’s Interior Ministry said on November 16 2014.

Levski faces sanctions over the November 15 incident, in which police had to intervene after the private security firm hired for the match, played at the Universiade Hall in Sofia, failed to cope with the violence.

More than 100 were involved in the fight, which saw chairs and other missiles thrown. The match was suspended for close to an hour.

Interior Ministry chief secretary Svetozar Lazarov said that police had deployed immediately after seeing the situation was getting out of hand and had not waited for an emergency call.