Bulgaria’s economy posted 0.5 per cent growth in the third quarter of the year, the National Statistical Institute (NSI) said in a flash estimate on November 14. Bulgaria was one of 18 EU countries to record positive quarterly growth during that period, with the EU economy as a whole and the euro zone both posting growth, according to a flash estimate by EU’s statistics body Eurostat.

In real terms, gross domestic product (GDP) in Bulgaria in July-September was 22.4 billion leva, or 11.46 billion euro. Compared to the third quarter of 2013, GDP was 1.6 per cent higher.

In the second quarter of the year, Bulgaria recorded identical figures, with 0.5 per cent growth for the quarter and 1.6 per cent on an annual basis. NSI is due to announce preliminary growth figures on December 3.

The flash estimate data showed an increase of 1.4 per cent in domestic consumption on an annual basis, as well as a 4.2 per cent rise in gross fixed capital formation. Exports were 2.4 per cent lower than in the third quarter of 2013, while imports rose by one per cent.

Eurostat data showed the EU economy rising by 0.3 per cent quarter-on-quarter, while GDP in the 18-member euro zone was 0.2 per cent higher. In the previous quarter, the EU28 growth rate was 0.2 per cent and the euro zone’s economy expanded by 0.1 per cent, Eurostat said.

A total of 18 countries saw their GDPs expand during the quarter, with Romania posting the strongest growth at 1.9 per cent, followed by the United Kingdom and Greece with 0.7 per cent growth. Only two countries reported economic decline – Cyprus (-0.4 per cent) and Italy (-0.1 per cent) – while Austria reported flat growth and seven countries were yet to report third-quarter data (Croatia, Denmark, Ireland, Luxembourg, Malta, Slovenia and Sweden).

In annual terms, the EU economy grew by 1.3 per cent compared to the third quarter of 2013, while the euro zone economy rose by 0.8 per cent. 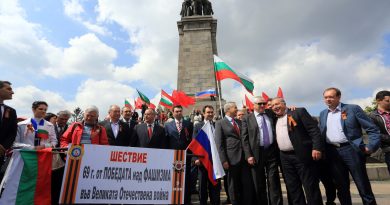 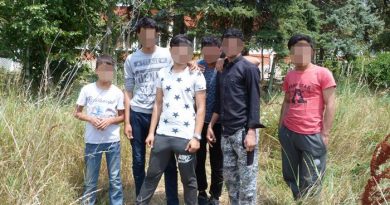