Boiko Borissov’s centre-right party GERB took the largest share of votes in Bulgaria’s October 5 2014 early parliamentary elections, about 33.2 per cent, with the Bulgarian Socialist Party (BSP) coming in second at 16.5 per cent, going by an exit poll by Alpha Research, released after voting ended.

According to Alpha Research, as at 7pm, the Movement for Rights and Freedoms (MRF) was third with 14.1 per cent.

The exit poll showed other parties as: the centre-right Reformist Bloc 8.7 per cent, Nikolai Barekov’s populist Bulgaria Without Censorship (BWC) 6.3 per cent, and the Patriotic Front, an ultra-nationalist coalition between Valeri Simeonov’s National Front for the Salvation of Bulgaria and the VMRO, had 6 per cent.

According to Alpha Research, Georgi Purvanov’s ABC had 4.1 per cent and Volen Siderov’s far-right Ataka had 3.8 per cent.

The threshold for entry into the National Assembly is four per cent of the vote.

These provisional indications suggest that Bulgaria’s 43rd National Assembly could have seven or eight parties, after the 42nd National Assembly had just four. However, much depends on the final outcome for Ataka and Purvanov’s ABC – and this could be influenced by, among other things, votes coming in from outside Bulgaria’s borders.

Voter turnout on October 5 was estimated, by Alpha Research, at 43 per cent. Later, the Central Election Commission put voter turnout at 7pm at 46.8 per cent. 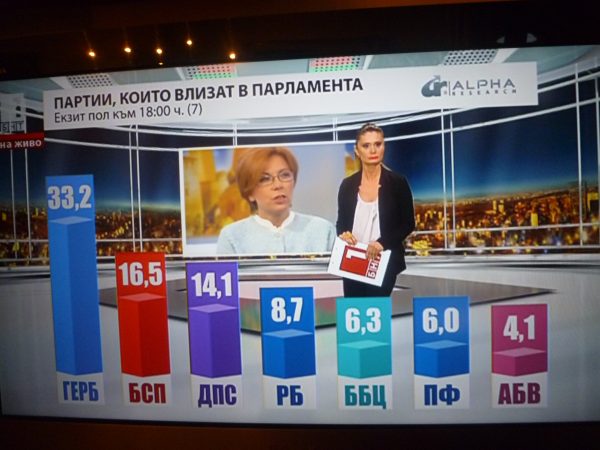 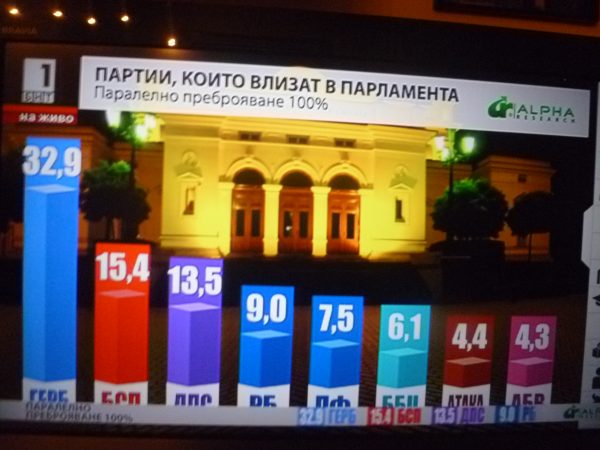 Eighteen political parties and seven coalitions stood in the elections, with more than 6.8 million Bulgarian citizens eligible to vote (for sofiaglobe.com’s full factfile on the elections, please click here).

The October 5 elections were called after the July resignation of the previous government – which had been in office since May 2013 following widely-supported public protests against it, and the rout of the BSP in Bulgaria’s May 2014 European Parliament elections.

The October 5 2014 National Assembly elections were the ninth since the end of the Zhivkov communist era and the fourth ahead-of-term parliamentary elections in Bulgaria’s post-communist era.

As with the May 2014 European Parliament elections, voters in the National Assembly were able to exercise preferential votes, moving the candidates of their choice higher up in the ballots. This option was legislated in the new Election Act approved by the previous National Assembly in March 2014.

Election law obliges the Central Election Commission (CEC) to formally declare the voting results, the votes received and the allocation of seats in Bulgaria’s 240-seat National Assembly, the country’s unicameral Parliament, within four days after election day. The CEC must compile and release the names declared elected as MPs within seven days after election day. 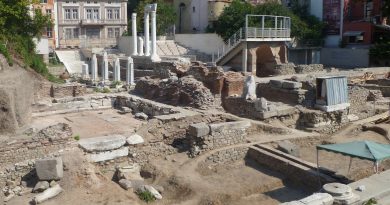