The European Bank for Reconstruction and Development (EBRD) said on September 18 that it cuts its economic growth forecast for Bulgaria from 1.9 per cent to 1.5 per cent because of “the negative impact of political uncertainty and recent turmoil in the banking sector.”

EBRD’s growth forecast for Bulgaria in 2015 was two per cent, the bank said in its latest regional economic prospects report. Bulgaria’s official growth target for 2014, as set out in the Budget Act, is 1.8 per cent.

The bank said that the troubles in the banking sector – which it erroneously said “has led to the liquidation of a major locally owned bank” – may have impacted market confidence.

Although EBRD did not specify which bank it refers to, it is likely that the report meant the Bulgaria’s Corporate Commercial Bank (CCB), which remain under the special supervision of the Bulgarian National Bank, but where no decision on CCB’s future has been made yet.

EBRD said that “the longer-term impact is likely to be contained, thanks to the authorities’ rapid response,” by which it meant Bulgaria’s announcement of its intention to opt into the Single Supervisory Mechanism (SSM), part of the European banking union.

“Acceptance is not automatic but, if implemented, this would put the European Central Bank (ECB) in charge of supervision of the key banks in the country in the future,” the report said.

Since EBRD’s previous economic prospects report in May, the stand-off between Russia and Ukraine has intensified, resulting in new sanctions on Russia, which, coupled with flooding in several countries in south-eastern Europe (SEE) in summer, has prompted the bank to lower its overall forecast for the SEE region to 1.9 per cent, 0.3 percentage points lower than in May.

“The single most important source of risk remains the further escalation of the crisis in Ukraine/Russia with a direct negative impact on the two countries and significant spill-over effects for the region as a whole,” EBRD said.

“Such a scenario would have far-reaching implications for investor confidence in the region, trade, flows of remittances from Russia to lower-income countries in the Eastern Europe and Caucasus and Central Asia, and possibly energy and food security in the region.” 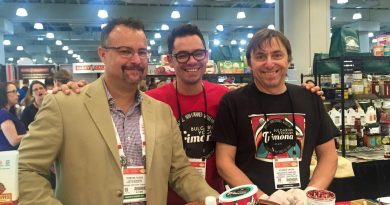 More than milk money for Bulgarian cheese and yoghurts