Bulgaria’s Economy Ministry said on August 19 that it will ask the country’s prosecutor’s office to investigate the equity hike carried out by South Stream Bulgaria, which saw the state-owned Bulgarian Energy Holding (BEH) put 191 million leva (about 97.7 million euro) into the company against ministerial orders.

The news of the capital increase was picked by Bulgarian media a day after the hike was officially registered by the country’s Commercial Register. BEH’s decision to subscribe the share issue, however, was taken on August 12, hot on the heels of Bulgarian caretaker Economy Minister Vassil Shtonov issuing an order to halt any actions towards increasing the capital of South Stream Bulgaria – the joint venture that will build the Bulgarian section of the gas pipeline, in which BEH and Russia’s Gazprom own 50 per cent each.

Before the executive order on August 11, Shtonov issued another order on August 7, telling BEH not to make any decisions that would bring closer the start of construction. A day later, on August 8, Shtonov met with the chief executives of BEH and South Stream Bulgaria to discuss the project and measures to bring it in line with EU regulations, the ministry said in its statement.

“The Economy and Energy Ministry believes that the actions of the South Stream Bulgaria management do not protect the interests of the Bulgarian Energy Holding in the company and plans to refer the case to law enforcement authorities,” the ministry said.

The ministry said that the capital hike did not automatically trigger the start of construction, which can begin only after payments to contractors are authorised by the two executive directors of South Stream Bulgaria. However, the ministry’s statement did not make it clear whether BEH can successfully replace one of the South Stream Bulgaria directors or reverse the capital increase.

The newest controversy around the South Stream pipeline – heavily-hyped by the Kremlin as ensuring safer gas deliveries to European customers, but criticised by some analysts as a costly project meant to wipe out gas transit through Ukraine – comes only a day after the Economy Ministry announced Shtonov’s executive order banning any action to move the project forward.

A similar order had been issued by his predecessor in the now-departed Plamen Oresharski administration, Dragomir Stoinev, earlier in the summer, but that did not prevent the project from becoming embroiled in controversy repeatedly in recent weeks.

In July, the Agriculture Ministry sold state land to South Stream Bulgaria near the Black Sea port of Varna, while the now-departed regional development minister Desislava Terzieva issued a construction permit for the pipeline terminal and a gas compression station near Varna, where the pipeline is due to make its landfall.

At the time, Stoinev defended the moves saying that these did not breach his order because no work was being carried out, merely preparations to start work “once the European Commission gives its approval.”

Formally, the decision by BEH directors to subscribe the equity hike had ministerial approval, which was granted by Stoinev in December 2013. It remains unclear why it was carried out with such delay, but it did happen only days before Shtonov replaced BEH’s board chairperson, Georgi Hristozov, on August 15.

Bulgarian officials, Shtonov included, have made great efforts to declare their support for South Stream – statements that drew harsh criticism from the project’s opponents inside Bulgaria, who argue that the benefits from it for the country are far from certain – but also point out that it should only be built with the support of the European Commission.

The EC has opposed to South Stream for months now, arguing that it breached several key provisions of EU’s Third Energy Package regulations – most notably the ban on gas trading companies like Gazprom from owning pipelines, but also the provisions that require making the pipeline open to third-party traders.

Russia opposes the regulatory package, which, it maintains, was drafted specifically to create obstacles for Gazprom. Russian officials have also argued that the bilateral agreements on South Stream signed with individual EU member states should be held above EU law and has announced its intention to challenge the regulations using the World Trade Organisation arbitration procedures. 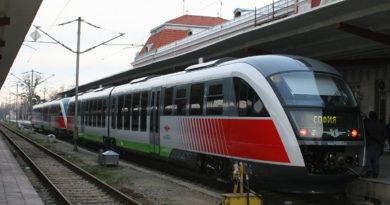