Ukraine says it will not allow the convoy of 280 trucks carrying humanitarian aid from Russia to enter the country. Ukrainian officials said Tuesday the aid will be rejected because the mission is not being coordinated by the Red Cross and could be a pretext for Russia to send troops into separatist-held territory.

Russian television reported Tuesday the aid mission is being carried out in cooperation with the International Committee of the Red Cross. But the relief agency said Monday no agreement on Russian participation is in place and said in a statement “practical details need to be clarified” before such a mission could move forward.

Thousands of people in Ukraine’s Russian-speaking east are reported to be short of water, medical aid and electricity, as Ukraine forces battle pro-Russian separatists trying to establish an autonomous region near the Russian border.

President Barack Obama and his Ukraine counterpart Petro Poroshenko spoke by phone earlier Monday and agreed that any Russian presence in Ukraine without Kyiv’s consent would violate international law.

Ukraine’s presidential website later said a blueprint for the relief mission calls for participation by the European Union, Russia, Germany and “other partners.”

Meanwhile, a Ukrainian military spokesman said Monday that government forces were preparing the “final stage” of retaking Donetsk, the main stronghold of the pro-Russian separatists in eastern Ukraine.

Andriy Lysenko told Reuters news agency that government forces had already cut Donetsk off from neighbouring Luhansk, but would move to retake Donetsk first because, in his words, “it is more important.” Lysenko warned civilians in Donetsk and Luhansk to leave the areas “temporarily” to avoid the coming assault. 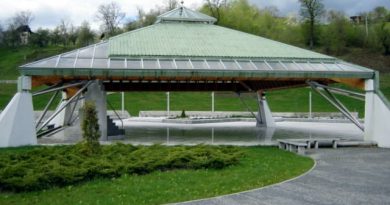