Bulgaria’s Prosecutor’s Office said on August 12 that it was pressing charges against Tsvetan Vassilev, the majority shareholder of the Corporate Commercial Bank (CCB), and has issued an international arrest warrant in his name.

The charges and warrant were the result of the ongoing investigation into the circumstances that led to CCB being put under Bulgarian National Bank (BNB) conservatorship on June 20, the prosecutors said in a statement detailing the progress made by the investigation.

Vassilev was charged, on July 28, with persuading the bank’s chief cashier Margarita Petrova and chief executive Orlin Roussev to authorise the cash withdrawal of 206 million leva (about 105.3 million euro) between December 2011 and June 19 2014.

Vassilev is currently outside Bulgaria and his whereabouts are unknown, which is why a European arrest warrant in his name has been issued. His name has also been added to the list of wanted people in the Schengen information system and steps have been undertaken to put him on the Interpol wanted list, the prosecution said.

The investigation also found documents hidden by bank officials from both the administrators appointed by the BNB and law enforcement agencies. In addition to a box of documents found on bank premises, earmarked with notices saying the papers were “not to be shown to auditors”, more documents were found after a search was conducted at another location, outside the bank.

The prosecutor’s office said that the investigators also found 14 large bags with the remains of shredded documents and established that the shredding was carried out on June 20 – a day after the bank went under BNB’s special supervision – on the verbal orders of one of the bank’s executive directors.

In July, the prosecutor’s office said that the main targets of investigation were the 206 million leva cash withdrawal and possible other fraudulent actions carried out by bank officials, as well as the suspected failure of BNB officials to carry out their supervisory duties with regard to CCB’s operations.

To that latter end, the prosecutors have asked the central bank to provide all regulatory paperwork filed by the lender, the prosecution’s statement said.

Additionally, after analysing the reports following the preliminary audit of CCB’s assets, carried out by in June-July, the investigators have “formulated the tasks” of the forensic accounting assessment, which would be handled by “an international organisation with undisputable expert experience”, the statement said.

The prosecutors said that the ongoing investigation was being carried out in such a fashion so as not to interfere with the activities of the bank’s administrators appointed by the BNB, nor did the investigation hamper any moves towards granting CCB depositors access to their money.

Answering claims from former bank executives that prosecutors had removed loan documentation from the bank’s premises, the statement said that investigators strictly followed the letter of the law and that the investigation found that the only missing documents had been removed on orders from CCB management.

Poll: ‘Everyone to blame’ for continued stalemate in Bulgarian government talks 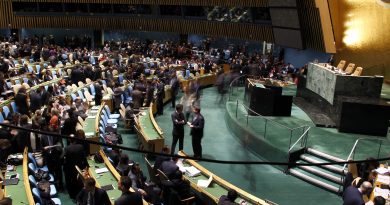