The Bulgarian National Bank (BNB) said on July 31 that it ordered Corporate Commercial Bank (CCB) administrators to prepare a full audit of the lender by October 20, making it unlikely that the bank will resume operations as scheduled on September 21.

BNB put CCB under special supervision on June 20 at the lender’s own request after it experienced a bank run that led to a shortage of liquidity. The special supervision procedure suspended all banking operations and shareholder rights, while the management of the lender was taken over by administrators appointed by the central bank.

After an initial review of the bank’s assets, carried out earlier this month, BNB said that large parts of the loan documentation was missing, possibly destroyed before the bank asked to be put under conservatorship – but that claim appears to have been dismissed by the investigators, according to media reports quoting unnamed sources in the prosecutor’s office.

According to the administrators, the need to carry out a “reliable assessment of the loan and investment portfolios of the bank” under the international financial reporting standards (IFRS), was the main task at this point, BNB said.

As a result, the central bank has ordered CCB administrators to appoint a task force that would prepare the credit files for an audit by September 15, seek legal counsel for loan collateral assessment, as well as contract audit firms Ernst&Young, Deloitte and AFA, which carried out the asset assessment earlier this month, to conduct a full audit of CCB’s assets by October 20.

The administrators should also draft a letter of invitation to CCB’s shareholders to declare their interest in the recapitalisation of the bank and change internal rules at the bank to ensure full compliance with IFRS.

The proposal to allow shareholders to recapitalise the bank – something that majority shareholder Tsvetan Vassilev accused BNB of refusing to allow (a claim that BNB has denied) – represents a departure from the plans announced earlier this month to repeal CCB’s licence and liquidate the bank after transferring its “good assets” to recently-acquired subsidiary Credit Agricole Bulgaria.

BNB said administrators should provide a report by September 5 on their progress on the tasks assigned by the central bank. Based on that information, the acting deputy governor in charge of the BNB bank supervision department will make a recommendation to the central bank board on extending the CCB administration period (under current laws, it can be extended until December 21).

The administrators appointed by the central bank also presented the CCB unaudited results for the first half of the year.

Deposits at the end of June were 5.62 billion leva, down by 630.7 million leva from a month earlier.

For the first six months of the year, the bank posted a loss of 65.3 million leva, owed entirely to loan portfolio impairment costs incurred during the month of June. However, all such impairments were carried out under CCB’s current rules, which are not fully IFRS compliant.

(For more on the CCB situation, see The Sofia Globe reporting here.)

Bulgaria’s exports in January 2018 up by 12.3%, trade balance negative 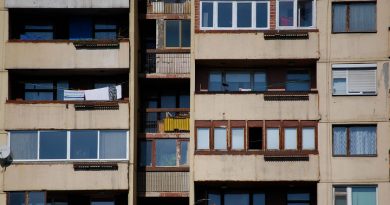