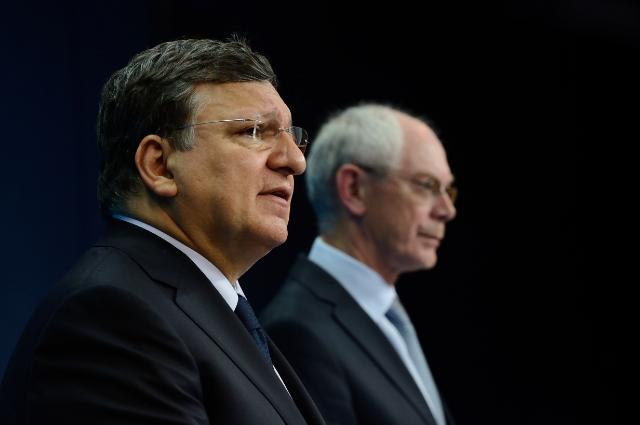 The European Union has agreed a package of what it calls “significant” additional restrictive measures targeting sectoral co-operation and exchanges with Russia, in response to Moscow’s actions in Ukraine.

Agreed by EU ambassadors on July 29, the widened sanctions will limit access to EU capital markets for Russian state-owned financial institutions, impose an embargo on trade in arms, establish an export ban for dual use goods for military end users, and curtail Russian access to sensitive technologies particularly in the field of the oil sector.

A list of the companies and individuals affected is to be made public on July 30.

A few hours after the EU confirmed that it was imposing new sanctions, US president Barack Obama announced new sanctions against Russia over what the West sees as Moscow’s continued efforts to destabilise Ukraine.

Citing Russia’s unrelenting support of separatist rebels in eastern Ukraine, Obama said that, in co-ordination with European partners, the U.S. was imposing sanctions on more Russian banks and defence companies, as well as on the country’s energy, arms and finance sectors.

The measures, he was reported by the Voice of America as saying, “will make a weak Russian economy even weaker.”

In a joint statement on July 29, European Commission President Jose Barroso and European Council President Herman van Rompuy said the new sanctions package reinforces the recently expanded listing of people and entities undermining Ukrainian territorial integrity and sovereignty, including the so-called ‘cronies’, the suspension of EIB and EBRD financing, the restriction of investment and trade with Crimea and Sevastopol and the reassessment of the Russia EU bilateral co-operation with a view to reducing the level of the co-operation.

The package responds to directions given by European Union leaders at a July 16 summit.

“It is meant as a strong warning: illegal annexation of territory and deliberate destabilisation of a neighbouring sovereign country cannot be accepted in 21st century Europe,” the Barroso-Van Rompuy statement said.

“Furthermore, when the violence created spirals out of control and leads to the killing of almost 300 innocent civilians in their flight from the Netherlands to Malaysia, the situation requires urgent and determined response. The European Union will fulfil its obligations to protect and ensure the security of its citizens. And the European Union will stand by its neighbours and partners.”

Barroso and Van Rompuy said that from the beginning of the Ukrainian crisis, the EU had been calling on the Russian leadership to work towards a peaceful resolution.

“We have done this collectively and bilaterally. I regret to say that despite some mixed messages coming from Moscow, and exchanges in the Normandy and other formats, there has been scarce delivery on commitments. Our call has been, in practice, left unheeded,” the joint statement said.

Arms and fighters continued flowing into Ukraine from the Russian Federation, they said, adding that strong Russian state-sponsored nationalist propaganda continued to support the illegal actions of armed separatists.

“We have witnessed with anger and frustration the delays in providing international access to the site of the air crash, the tampering with the remains of the plane, and the disrespectful handling of the deceased.”

The Russian Federation and the European Union had important common interests, the two EU leaders said.

“We will both benefit from open and frank dialogue, from increased co-operation and exchanges. But we cannot pursue this important positive agenda when Crimea is illegally annexed, when the Russian Federation supports armed revolt in Eastern Ukraine, when the violence unleashed kills innocent civilians,” Barroso and Van Rompuy said.

“The package of new restrictive measures agreed today by the European Union constitutes a powerful signal to the leaders of the Russian Federation: destabilising Ukraine, or any other Eastern European neighbouring State, will bring heavy costs to its economy.”

Russia would find itself increasingly isolated by its own actions, the statement said, adding that the EU “remains ready” to reverse its decisions and re-engage with Russia when it starts contributing actively and without ambiguities to finding a solution to the Ukrainian crisis.

On July 25, the European Council adopted reinforced EU sanctions in view of the situation in Ukraine.

Following the conclusions of a July 22 meeting of EU foreign ministers, the Council adopted by written procedure the legal acts which make it possible:

* To target 15 additional persons and 18 new entities with a travel ban and assets freeze. In total, therefore, 87 persons and 20 entities  will now be under EU sanctions over the situation in Ukraine; and

* To extend the designation criteria for imposing asset freezes and visa bans on persons and entities that actively support or are benefiting from the Russian decision-makers responsible for the annexation of Crimea or the destabilisation of Eastern Ukraine.

These additional legal acts entered into force after their publication in the EU Official Journal on July 25.

The list of 87 targets of EU sanctions as at the July 25 list included the heads of the Federal Security Service (FSB) and foreign intelligence, the president of Chechnya, as well as two Crimean energy firms.

Prosecutor to appeal against ICTY acquittal of Šešelj 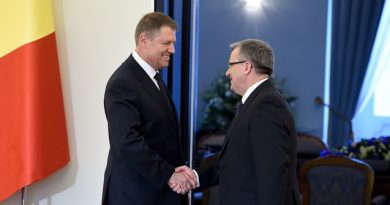