Bulgaria’s business climate indicator fell by 3.2 percentage points month-on-month in July 2014 as managers in major industries lost confidence of what the next six months would hold – and the drop is made more significant as it comes against slight recoveries in business confidence in recent months.

In 2013, business confidence ended the year lower than it began, while throughout remaining well below the average for 2000 to last year. The year saw major political turbulence, as the centre-right government quit early in 2013 amid cost-of-living protests, a caretaker cabinet ran the country for two months, and at the end of May a cabinet seen by many as discredited from the outset took office. 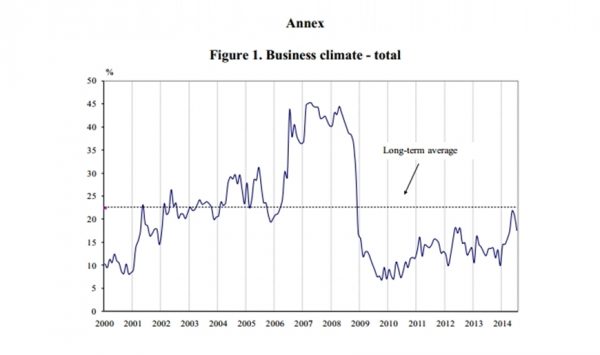