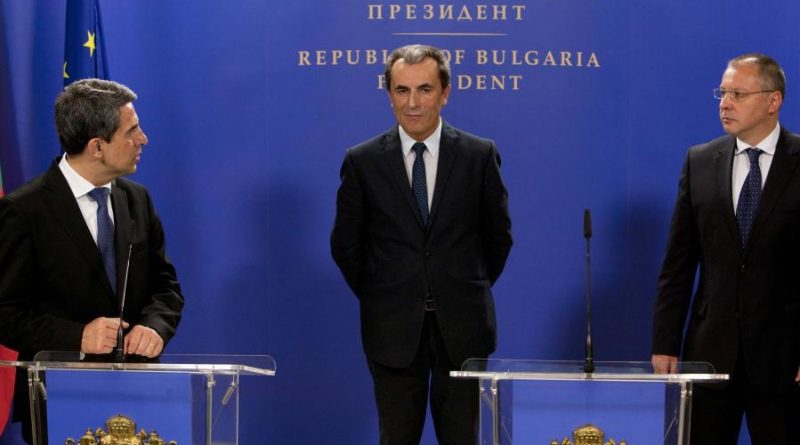 For a government that lasted barely 14 months in office, the Oresharski administration has lived a full life, as if, aware of the fate awaiting it, the cabinet tried to tick as many items of its bucket list as possible – a bucket list that seemed to be comprised mainly of finding novel ways to lower expectations. Other governments before have had their share of controversy, but none managed to achieve single-digit approval ratings so quickly and maintain them for so long.

It is said that new governments should be given breathing space in the 100 days after taking office – to take stock of the state of affairs and begin fleshing out policies to deliver on campaign promises. In the case of the Oresharski administration, this was always going to be a stretch, given the acrimonious election campaign, which culminated in allegations that massive ballot fraud was being prepared.

The episode, that came to be known as the “Kostinbrod affair” (the town where the ballots were printed by a private firm with ties to former ruling party GERB), served to further inflame passions in the new legislature, where three parties united their efforts to keep GERB out of government, even though the party won the most votes in the May 2013 election.

Despite the frequent protestations by ultra-nationalist party Ataka that it was not in league with the other two parties in the ruling axis – the socialists and the predominantly ethnic Turk Movement for Rights and Freedoms (MRF) – but having provided the necessary presence for quorum to invest the Oresharski cabinet, Ataka routinely would provide the necessary votes when the ruling axis needed a simple majority in Parliament, such as in those instances when it sought to overturn presidential vetoes.

This silent association with Ataka played a big role in the complete foreign isolation of Oresharski – other than routine trips to participate in EU council meetings, the prime ministers visits abroad could be counted on the fingers of one hand. The visits by foreign dignitaries to Sofia were even fewer.

But the bigger reason for that isolation was the unimaginable tone-deafness shown in appointing controversial MRF MP and media magnate Delyan Peevski – widely seen as perhaps the defining example of backroom politics and lack of transparency in Bulgaria’s political life (incidentally or not, it was media outlets often linked to Peevski that took the lead in wall-to-wall coverage of the “Kostinbrod affair”) – as head of the State Agency for National Security (SANS).

Even before that fateful day, June 14 2013, doubts had crept in about the degree to which Oresharski had any input in naming the members of “his” cabinet, fumbling the name of his replacement investment minister Ivan Danov, whom he referred to as Ivan Dimov.

(That last-minute change was made after backlash against the first nominee, Kalin Tiholov, for his involvement in the controversial construction on an ecologically-sensitive dune area along Bulgaria’s Black Sea coast; Danov, it would later be claimed, received thousands of euro in unemployment benefits in France despite being gainfully employed in Bulgaria.)

If Oresharski did not even know his ministers, who would be making policy decisions, the question went. That question – “who?” – became the most frequently asked over the past year, by the media and the tens of thousands of people who took to the streets to protest against Peevski’s appointment, protests that would continue for weeks after the National Assembly “un-elected” him.

Who suggested Peevski’s name as the next director of SANS? The answer, to this day, remains unknown. But the increased scrutiny that followed that appointment would serve to amplify every little misstep the government made.

Some of those missteps were far from small, like the appointment of socialist MP Ivan Ivanov as deputy interior minister on June 19, which was rescinded just a few hours later on the same day, after media reports linked Ivanov’s father and the highly-controversial business group SIC.

To be fair to Oresharski himself, a lot of the backlash against his administration was caused by decisions taken elsewhere – like the socialist party’s “counter-protests”, organised to show support for the government, or the Constitutional Court bending backwards to keep Peevski a member of Parliament.

Oresharski and his cabinet were damned by association, as the front-men and women for the “zadkulisie” (задкулисие), a word that literally means “behind the stage” and refers to the vested interests striking deals behind closed doors, away from the glare of the public.

Even the much-trumpeted “social measures” like the increase of the minimum salary, pensions and certain benefits did not get wide public approval because all were funded by deficit spending, with the government issuing new debt worth billions.

The policy to continue cutting electricity prices did not bring the government much popularity either, although it did probably help stem the disapproval from spreading further. The unsustainable cuts have only served to push the state electric utility NEK further into debt and even attempts to shift the burden onto private electricity distribution companies (the target of public ire during protests in the winter of 2013) did not translate into public support for the government’s policies.

Worse yet, its other moves in the energy sector were invariably met with criticism – regardless whether it was the decision to begin talks with Westinghouse for the construction of a new unit at the Kozloduy nuclear power plant without holding a tender, or the decision to push ahead with construction of the Russian-backed South Stream gas pipeline using a loan from Moscow.

By the end of its life, nothing the Oresharski government did seemed to be met with approval. Even after the cabinet’s demise was agreed, in the wake of the European Parliament elections in May, Oresharski’s dithering about the date of his resignation inflamed passions.

No wonder then that on the day of his resignation Oresharski had the biggest smile seen in a year.

The deceased administration died with no issue, except Eurobonds. It is survived by two of the parties that wrought this “administration”, while the third, Ataka, faces wipe-out in the October 5 elections.

Tourism: Summer is here – but not as we may know it