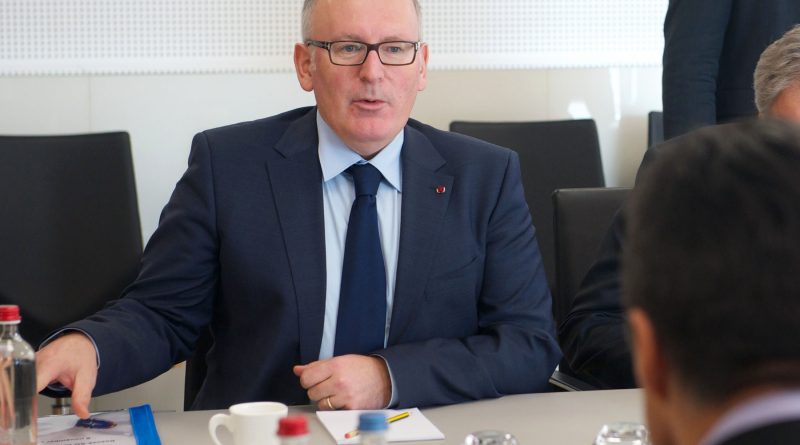 The European Union moved Tuesday to toughen and widen sanctions against Russia amid anger over the downing of a Malaysia Airlines plane in rebel-held eastern Ukraine.

The EU move was applauded by U.S. lawmakers who said on Tuesday that Russia must pay a price for events in Ukraine but that price can only be exacted with Europe’s full and vigorous cooperation.

At a press conference in Brussels, European Union foreign policy chief Catherine Ashton outlined the new steps against Russia agreed to by the 28-member bloc.

“We today decided to accelerate the preparation of targeted measures agreed at the summit last week. In particular, to put in place very quickly a list of entities and people, including from Russia, under the new enhanced criteria and to expand the restrictive measures to target individuals or companies who actively benefit from support of the Russian decision makers’ responsible for the annexation of Crimea, of the destabilization of eastern Ukraine,” she said.

The new measures reflect mounting international anger over last week’s downing of Malaysia Airlines flight 17 that was traveling from Amsterdam to Kuala Lumpur. The West accuses pro-Russian separatists of shooting down the aircraft, killing all 298 people aboard.

Ashton joined growing calls for a full and transparent investigation and for those responsible for the plane’s downing to be brought to justice.

“We, in particular, call on Russia to actively use its influence over the illegally armed groups to achieve access to the site,” Ashton said.

“And we urge Russia to stop the flow of weapons, equipment and militants across the border so we can achieve rapid and tangible de-escalation,” she said.

The United States and Europe have already imposed targeted economic sanctions against Russia for supporting the insurgency in Ukraine.

On Thursday, EU officials will present proposals for further sanctions against Moscow that might target financial services, arms exports and the energy sector.

For its part, Russia denies any involvement in the plane’s downing. Russian President Vladimir Putin says Moscow will do everything possible to facilitate the investigation.

Speaking to reporters in Brussels, Dutch Foreign Minister Frans Timmermans called the EU measures forceful and unanimous. Roughly two-thirds of the crash victims were from the Netherlands.

“This is a logical consequence of the decisions of the European Council and the lack of progress on the Russian side since then,” he said.

“I think we have a good result, one that should be satisfying to Holland, to the Dutch public, one that should make President Putin realize that this time we are for real, that this is serious, that we expect Russia to return the bodies, to collaborate with the investigation,” he said.

“If need be, to release or punish the guilty. And sanctions are a means to it,” Radoslaw said.

On Thursday, the EU is expected to publish a list of people and companies targeted by the sanctions, which are expected to include asset bans and travel freezes.

On the U.S. Senate floor, Republican Dan Coats said Russian President Putin is driven by “pathological insecurities” and “imperial ambitions” – and must be forced to halt intervention in Ukraine.

“I suggest we do whatever is necessary to bring Russia’s economy to its knees,” Coats said. “We need to see that [Russian] stock market plummet. We need to see confidence and support for anything Russia makes or exports denied.”

But for further sanctions to be effective, the United States and its European allies must present a unified front, according to Democratic Senator Chris Murphy.

“Brussels has the ability to send an unequivocal message to Russia this week that there are consequences for their continued provocation in eastern Ukraine, which has now led to the death of hundreds of Europeans,” Murphy said.

“Putin will blink if he sees there are real consequences for his economy. It is difficult for the United States to deliver consequences alone without Europe,” he added.

But many U.S. lawmakers question EU nations’ pain threshold when it comes to sanctions that could harm their own economies.

Republican Senator John McCain said so long as Europe depends on Russia for energy, EU sanctions will be weak.

“The Europeans are not going to do anything,” he said.” If anybody believes that [European sanctions will be firm], I have some beachfront property for them in Arizona,.”