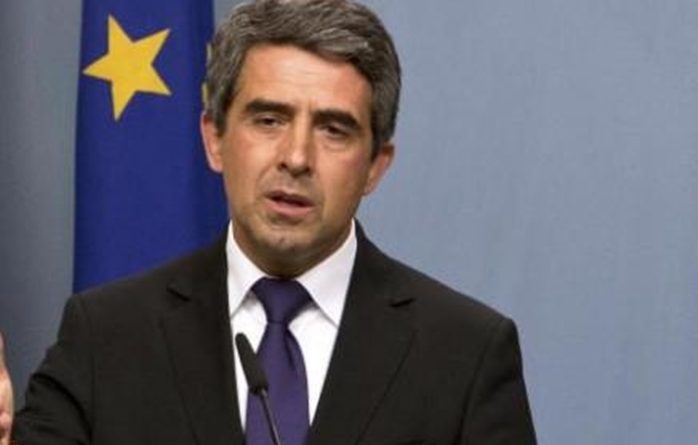 Bulgarian President Rossen Plevneliev is among heads of state from Nato countries in Central and Eastern Europe attending talks in Warsaw on July 22 to co-ordinate policy positions ahead of the alliance’s Wales summit in September 2014.

The agenda for the talks includes security issues in Eastern Europe, the crisis in Ukraine, the European contribution to the development of Nato’s military capabilities and the results of the alliance’s peacekeeping missions, Plevneliev’s office said.

The talks, being attended by the heads of state of Bulgaria, Estonia, Latvia, Lithuania, Poland, Romania, Slovakia, Hungary and the Czech Republic, come five days after the downing of Malaysia Airlines flight MH17 over territory in eastern Ukraine held by pro-Russian forces.

Speaking on July 21, Plevneliev said that what was happening in Ukraine had “no parallel in modern history” and said that Europe today needs a strong voice, a clear position and determination and unity to stop the escalation of the conflict in Ukraine.

“We see an aggressive and nationalistic Russia, which obviously is not stopping its support and provocation against the territorial integrity of a European country, Ukraine,” Plevneliev said.

He said he would not call the people in Donetsk and Donbas “volunteers”, “these are separatists, these are people who use, I regret to say, terrorist methods against a peaceful population”. Plevneliev made the remarks on July 21 in response to questions from reporters whether Bulgaria should support new sanctions against Russia.

Earlier, on July 18, in his statement in responding to the downing of flight MH17, Plevneliev said that the tragedy was further evidence of the threats to stability and security in Europe arising from the armed conflict in eastern Ukraine. He reiterated calls for an immediate cessation of hostilities and a lasting solution to the crisis in Ukraine.

Responding to Lavrov’s comments about Moscow’s position on the crisis in Ukraine, Plevneliev said, “Every country has the sovereign right to alone determine its future. We should not restore the past policies which undermine trust, divide the world into ‘great powers’ and ‘periphery’ and lead to the establishment of new dividing lines”.

Bulgaria’s BSP cabinet is expected to resign soon, with its resignation to be accepted by the National Assembly before July 25.

Plevneliev, who became head of state of Bulgaria in January 2012 after being elected on a centre-right ticket, will appoint a caretaker cabinet to lead Bulgaria to early national parliamentary elections on October 5. While he has not disclosed who will serve in this caretaker cabinet, Plevneliev said that saying that the people who would be appointed were democrats and pro-Europeans, strong in the areas that need to be addressed.

Bulgaria’s 2013 elections: Exit polls put four parties in Parliament – but who will govern?