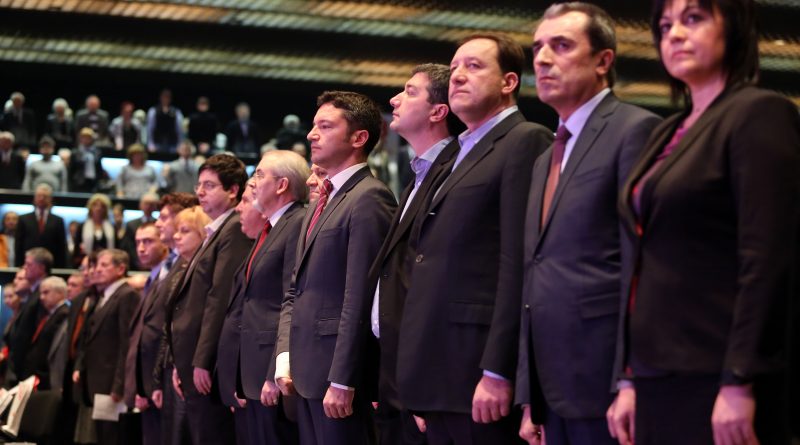 The much-anticipated resignation of Bulgaria’s cabinet is nearing, possibly to be tabled on July 23, while domestic political squabbles – notably on the topic of who is to be nominated as the country’s next European Commissioner – endure.

The Bulgarian Socialist Party (BSP) Speaker of Parliament, Mihail Mikov, and cabinet minister Dragomir Stoynev, both of whom aspire to take over as leader of the ailing party, said in separate interviews that the resignation of the cabinet would happen by July 25.

Both hinted at the date of the resignation being July 23, as has Plamen Oresharski, the nominal head of goverment in the BSP cabinet.

In recent days, comments by a BSP MP that the cabinet could stay in office longer to deal with issues such as the dispute over amendments to the Budget have been widely repudiated, significantly by Lyutvi Mestan, leader of the Movement for Rights and Freedoms, influential partner in the May 2013 ruling axis that now is headed for political extinction.

Bulgaria is to hold ahead-of-term national parliamentary elections on October 5, and the 42nd National Assembly is to be dissolved on August 6. All that has remained unclear, as the cabinet thrashes about trying to make long-term appointments and grant public procurements in its dying days, was the date when the government will formally step down.

Bulgarian-language media reports on July 19 also named July 23 as the likely date for the resignation, noting the possibility that the National Assembly would hold only one further meeting, to vote to approve the cabinet’s departure.

Mikov, speaking to public broadcaster Bulgarian National Television on July 20, said that it was “impossible” that there would be any attempt by a party in the current Parliament to seek to form a government after the “Oresharski” cabinet resigned, saying that all four parties in the National Assembly had said that no such attempt would be made.

Stoynev confirmed a day earlier that the cabinet would resign in the coming week, saying that the political crisis was obvious and the sooner that parliamentary elections were held, the better for the country.

He said that by July 23 it should be clear who Bulgaria’s candidate European Commissioner would be.

This comment was made against a background of expectations elsewhere that Bulgaria’s political parties would hold discussions on a nomination to be made by July 30, and against a background of demands by centre-right opposition GERB – the largest party in the National Assembly and decisive winner of Bulgaria’s May 2014 European Parliament elections – that naming the Commissioner should be its prerogative.

There have been a number of reports in international media pointing to backing among influential EU countries for Georgieva to be given the bloc’s foreign policy post, and on July 17, Oresharski – present among EU leaders – belatedly stated backing for Georgieva, while saying he had no mandate to do so.

Reports have indicated that the BSP intended trying to push forward Kristian Vigenin, the former MEP who has the foreign policy portfolio in the BSP cabinet, as the country’s candidate Commissioner. Vigenin has confirmed these reports.

Stoynev, speaking to local radio on July 19, said that the decision on the Commissioner-designate should be taken now and said that it would be a “huge mistake” if the coming caretaker cabinet withdrew the nomination to be made by the current government.

Media reports have suggested that even if the cabinet nominates someone like Vigenin, the caretaker administration would rescind this in favour of Georgieva.

Like Vigenin, Stoynev – in a line joined by other BSP figures – said he was confident that Georgieva had “no chance” of being nominated as EU foreign policy chief, even in spite of the Oresharski endorsement. Earlier reports had noted that the lack of a formal government nomination was hamstringing Georgieva. Stoynev gave no reasons for this opinion.

Stoynev denied that Stanishev would be the nominee and said that Bulgaria had enough suitable people and that naming a worthy candidate would present no difficulty.

Mikov told BNT that the BSP would strongly support a Vigenin candidacy “because he has a lot of experience of the European and Bulgarian political scene”.

He said that it was important for Bulgaria not just to make a nomination but to make one of someone who had the necessary competence in the portfolio to be offered to Bulgaria by the European Commission.

Also trying to explain away Oresharski’s endorsement of Georgieva, Mikov said that this had been given in belief that the foreign policy post would be handed to the European People’s Party.

This was a reference to the bargaining between the EPP and the Socialists and Democrats groups in the European Parliament, which have been negotiating on apportioning out the top posts in EU institutions on the basis of factors including balance among the major political groups.

While Vigenin has claimed that the foreign policy job was earmarked for a socialist (a view that some saw as implying that the post might go to the other candidate discussed on July 17, Italian socialist Federica Mogherini), GERB MEP Emil Radev told Bulgarian National Radio that this was untrue.

Radev criticised the Bulgarian government for failing to make clear who the candidate Commissioner would be, saying that the risk was that Bulgaria would end up with a portfolio of lesser significance.

Separately, reports in Bulgarian-language media close to the ruling axis, quoting what were described as high-ranking BSP sources, said that on July 23, the cabinet would nominate Vigenin as the country’s European Commissioner.

The European Parliament will hold hearings of candidate Commissioners in September and the vote on the European Commission is to be some time between October 20 and 23, giving enough time for Bulgaria’s coming caretaker cabinet to revoke the decision of the outgoing cabinet and lodge a new nomination.

* Among other political developments at the weekend, Angel Slavchev, deputy chairperson of the populist Bulgaria Without Censorship (BWC) party that is headed by former talk show host Nikolai Barekov, quit BWC, saying – among other things – that it was really run by controversial figure Delyan Peevski and not by Barekov, whom he dismissed as being a fake in claiming to fight injustice and the political mafia.

Slavchev was a prominent figure among the “cost-of-living” protests in early 2013, mobilised around electricity prices, and which led to the GERB government resigning after an incident of violence in Sofia during a protest.

Barekov responded to Slavchev with a statement alleging that Slavchev’s interest in BWC had been only in money – he said that Slavchev had received a monthly salary of 9000 leva (about 4500 euro) and said that he would take court action against Slavchev for defamation.

The Slavchev move came about a day after it emerged that nationalist VMRO-BND was quitting its coalition agreement with BWC to stand with Valeri Simeonov’s ultra-nationalist National Front for the Salvation of Bulgaria in the October parliamentary election.

Official audit reports show BWC to have been the biggest spender in May 2014 European Parliament elections. The party won two out of 17 MEP seats, one going to Barekov and the other to VMRO’s Angel Dzhambazki.

Some Bulgarian-language media reports on July 20 dismissed Barekov’s previously well-funded project as on the verge of collapse.

Earlier in 2014, the anti-government Protest Network handed a dossier to the Prosecutor-General’s office based on media reports about allegations against Barekov, Corporate Commercial Bank majority shareholder Tsvetan Vassilev and Peevski. An investigation has ensued into the three, all of whom deny wrongdoing. 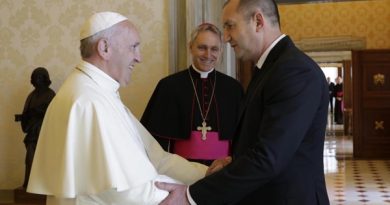