The European Union’s External Action Service (EEAS) has congratulated voters in Kosovo’s June 8 snap parliamentary elections, saying that the EU Observation Mission found that the voting took place in an orderly manner and describing the elections as “a step forward in the consolidation of Kosovo’s democracy”.

The EU is officially status-neutral on Kosovo, given that a minority of EU member states declined to recognise Kosovo as an independent state, but the bloc has played a key role in brokering dialogue between Pristina and Belgrade, against a background of Serbia refusing to deem Kosovo to be independent.

In a June 9 statement, the EEAS thanked the EU Observation Mission (EOM) and the OSCE for their assistance.

“The assessment of the EOM confirms that the elections took place in an orderly manner,” the EEAS said.

“We are now looking forward to an early formation of the government that will take forward
the work on all the key challenges, including economic reforms, efforts to improve the rule of
law as well as continuing with the implementation of the April 2013 Agreement, stemming
from the dialogue on the normalisation of relations with Serbia,” the EEAS statement said.

The European Union remains fully committed to the European perspective of Kosovo and will
continue to support Kosovo’s efforts in this respect, the statement said.

In the June 8 vote, Kosovo’s prime minister Hashim Thaci has claimed victory in national elections marked by a low turnout, said by initial reports to have been about 42 per cent. 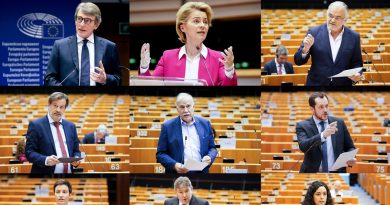