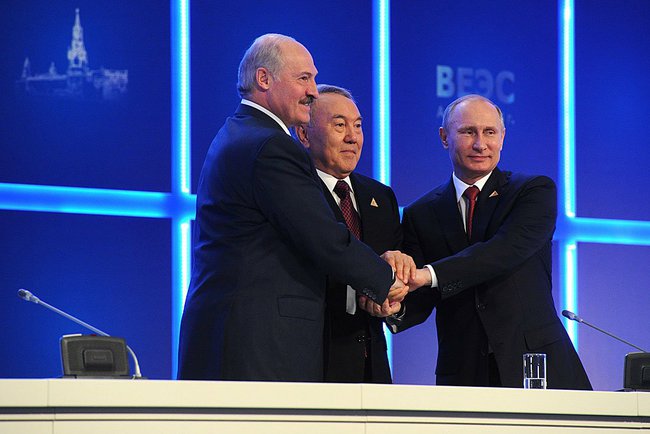 Moscow increasingly speaks of Russia’s “sphere of influence.” And, on Thursday, President Vladimir Putin took a major step in securing that position by creating a shared market of former Soviet states to help integrate economic policy.

Russia, Belarus and Kazakhstan signed an agreement establishing the Eurasian Economic Union at a meeting in Kazakhstan’s capital, Astana.

With Armenia and Kyrgyzstan set to join by the end of this year, the union is to link five of the 15 former republics of the Soviet Union. Some call this Moscow-centered group “Soviet Lite.”

But as a sea of black business suits filled the 3,000-seat Palace of Independence in Astana, Moscow’s big prize was absent: Ukraine.

“Sooner or later,” he said, “I’m sure one day the leaders of Ukraine will understand where the country’s happiness lies.”

Russian President Vladimir Putin was more diplomatic. For the last year, he has worked – overtly and covertly – to bring Ukraine back into Moscow’s sphere of influence.

“The transfer of certain powers to national bodies of the (Eurasian Economic) Union brings absolutely no harm to the sovereignty of our states,” said Putin.

Ukraine has 46 million people -10 million more than the combined populations of Armenia, Belarus, Kyrgyzstan and Kazakhstan.

Putin to keep eye on Ukraine

“I would be surprised if Putin was willing to accept Ukraine not being part of the Eurasian Economic Customs Union, for the simple reason that, without Ukraine, that union looks increasingly threadbare. It is little more than a series of bilateral relationships with Russia. Ukraine in this respect is crucial, and this explains quite why the Russians have been so bloody minded in their dealings with this,” Galeotti said.

In short, Russia’s president wants Kyiv to look to Moscow, not to Brussels.

But in Kyiv on Thursday, Ukraine’s newly-elected president, Petro Poroshenko, said he plans to sign an economic association pact with the European Union by mid-June.

In Moscow, Carnegie analyst Masha Lipman says that Putin’s crusade to force – or cajole – Ukraine into the Eurasian Union is a lost cause.

By the end of this year, the former Soviet Union will have new fault lines.

Five republics will be in Putin’s Eurasian Union. Six will be affiliated with the European Union. And four will not be tied to either bloc.

“With such membership, the Eurasian Union looks small, and not impressive. But apparently President Putin is looking at taking advantage of a change of the global system, of the U.S. gradually losing its position of sole superpower, the rise of China, and maybe this Eurasian Union is part of something bigger.”

No foregone conclusions on Eurasian Union

But just as pro-Russia secessionists fight Kyiv on Ukraine’s eastern edge, not everyone is happy with their new affiliation. Armenia has seen demonstrations against joining the Eurasian Union.

And on Thursday in Kazakhstan, police in Astana detained dozens of protesters. They wore surgical masks and held up posters saying: “Protect Yourself from Russia’s Imperial Virus!”

But, in Russia, big power projection is increasingly popular.

Pollsters asked 1,600 people across Russia: Should Russia regain the superpower status of the Soviet Union?

The Eurasian Economic Union of today could become a geopolitical one tomorrow. 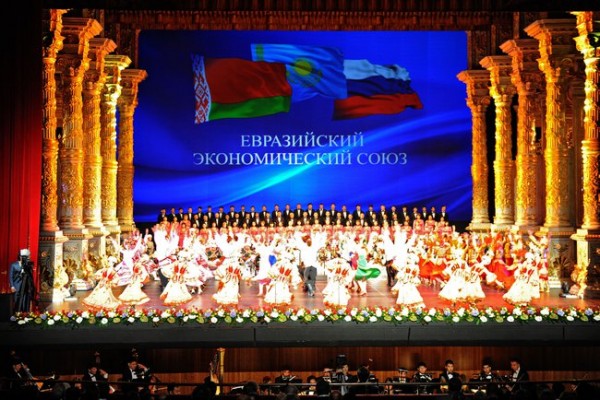 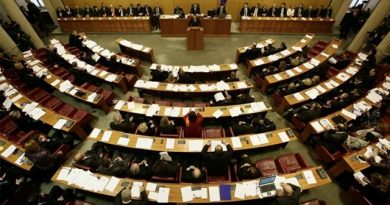