About one in nine Europeans have bought goods and services involving undeclared work in 2013, according to a new EU report, published on March 24, only weeks before the European Commission is due to examine proposals meant to tackle the issue.

“Undeclared work not only exposes workers to dangerous working conditions and lower earnings but also deprives governments of revenue and undermines our social protection systems. Member States need to implement policies to discourage undeclared work or encourage its transformation into regular work, and to work more closely together to combat this scourge,” EU employment commissioner Laszlo Andor said in a statement.

Next month, the Commission will propose launching a European platform on the prevention and deterrence of undeclared work, meant to improve co-operation between labour inspectorates and enforcement bodies across Europe, he said.

The most in-demand undeclared goods or services were home repairs and renovations (29 per cent), car repairs (22 per cent), home cleaning (15 per cent) and food (12 per cent).

Bulgarians also spent among the least amount for undeclared work, a median of 118.4 euro a year (only Romanians, Latvians, Poles and Hungarians spent less), slightly higher than the 117 euro media for Eastern and Central Europe, the report said.

The global financial crisis appears to have led to an increase in the private supply of undeclared work, with both higher unemployment and growing poverty seeming to increase the acceptance of “envelope wages”. It also appears that the level of taxation does not directly affect the level of undeclared work, but people’s perception of public services and how well tax revenue is spent may have an impact, the EC said. 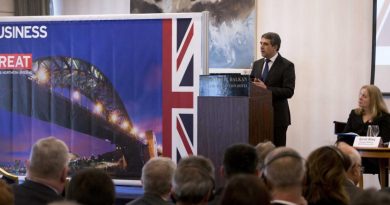