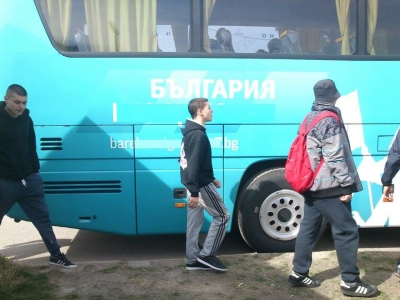 It was one thing that fans of a Plovdiv football club had to make the trek to Sofia to watch their team play because of a penalty ban on the match being played locally – but it was another thing when they were asked to board a bus branded with the name of a political party.

The political party was that of Bulgaria Without Censorship (BWC), formed around former television talk show host Nikolai Barekov.

Barekov emerged on Bulgaria’s political scene, after his most recent career as a boss of pro-government TV7, via a well-resourced and carefully-choreographed roadshow building up his image as a supposedly anti-establishment but unquestionably populist figure.

Barekov, quoting those opinion polls that suit his political self-image best, likes to style himself as the leader of the biggest party outside Parliament. As a rider, his stated ambition is to have the top figures of Bulgaria’s established political parties in jail as soon as he becomes prime minister.

But it was not these political effusions that so offended the fans of Lokomotiv Plovdiv as they were presented with six buses with which to make the journey to Sofia, one of the vehicles bearing the BWC branding.

For them, Barekov – a Plovdiv native – is the enemy because he is an outspoken fan of rival team Botev Plovdiv.

The fans of Lokomotiv Plovdiv – colloquially known, for some reason, as the Smurfs, put their collective feet down, and refused to board the BWC bus until a replacement was provided. “Some of the ringleaders of the supporters reacted very strongly,” as one report from the scene put it.

It was not the end of their troubles.

As one fan complained to television cameras on arrival in Sofia, along the way all was closed to them, including the toilets at fuel stations along the Plovdiv-Sofia highway. From BWC to no WC at all. On screen, a beer-can-brandishing fan looked agonised as he lamented to a reporter.

In the end, which was at Sofia’s Vassil Levski Stadium, the final blow was to witness a match in which Botev defeated Lokomotiv 2:1.

Perhaps Barekov could be pleased at that, at least. 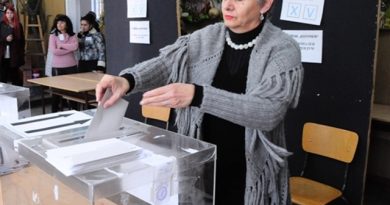