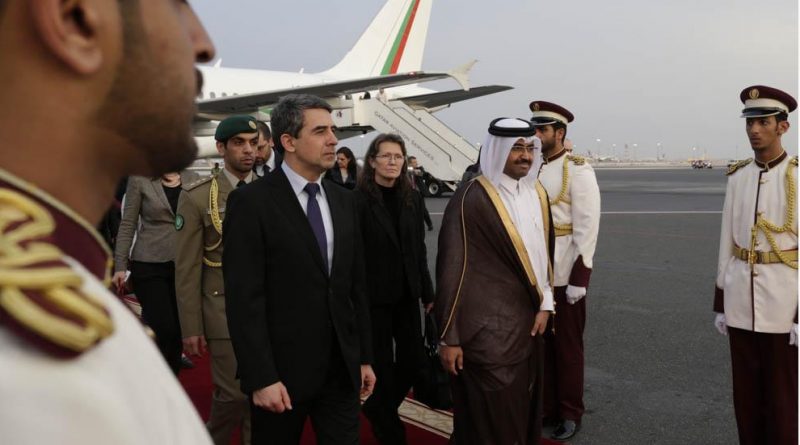 Bulgarian President Rossen Plevneliev has once again reiterated Sofia’s interest in buying gas from Qatar, but bemoaned the lack of available import routes, during a visit to the Gulf principality.

Plevneliev left on a three-day trip to Qatar on March 11; he is expected to meet a number of senior officials during his visit to the emirate and discuss co-operation in the military, education and IT fields.

But the focus will, predictably, be on the energy sector – unsurprisingly, given that the recent events in Ukraine have once again underscored Bulgaria’s vulnerability in matters pertaining to energy imports (Bulgaria currently imports about 90 per cent of its annual gas consumption from Russia, all of which is shipped through Ukraine).

“As a head of state, of course I have nothing against buying gas from Qatar, but I wonder how we could ship it,” Plevneliev said, as quoted by Bulgarian broadcaster Darik.

He said that one way to achieve it would be by using Greek ports, whereas Bulgaria could then become a gas hub, shipping gas further into other countries in southern and eastern Europe, potentially reaching as far north as the Baltic States.

“It will certainly not happen overnight, but we can put the issue on the table, especially in light of the events in Ukraine,” he said.