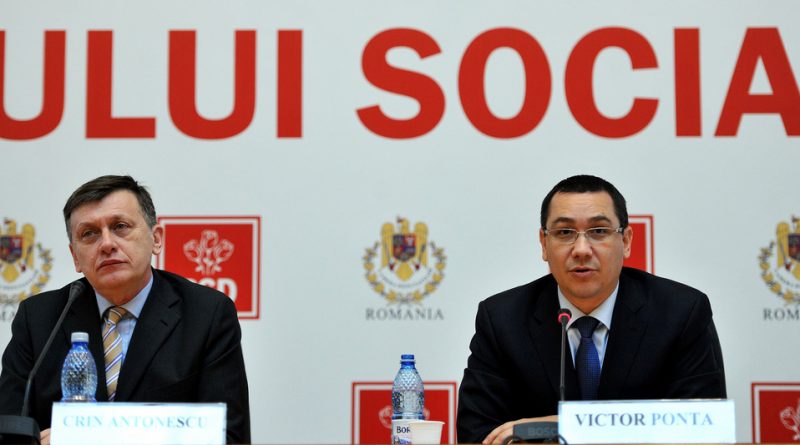 Romania’s government was on the verge of collapsing on February 25, with the recent spat over the cabinet’s line-up exposing deeper rifts between the partners in the ruling coalition.

The National-Liberal party’s executive bureau was scheduled to meet later in the evening and was expected to decide to pull out of the coalition, ostensibly over the Social-Democrats’ refusal to endorse the popular mayor of Sibiu, Klaus Iohannis as deputy prime minister.

Over the past two months, two senior Liberal members of the cabinet have been forced to resign – interior minister Radu Stroe because of the belated response of the country’s emergency services following a plane crash and finance minister Daniel Chitoiu, ostensibly to take a party post, but now the target of a corruption investigation, as reported by local broadcaster Realitatea TV on February 25.

(The anti-corruption prosecutors alleged that he attempted to replace a top official to facilitate an attempt to influence a managerial appointment at a private insurance firm. Chitoiu’s wife, a department director in Romania’s financial supervision authority, was under investigation for alleged abuse of power in the same case.)

The two departed ministers have also drifted close to the Social-Democrats in recent months – and could have spearheaded a challenge to incumbent party leader Crin Antonescu, local commentators said. Presented with opportunities to sideline potential party rivals, Antonescu took seized them, the reports said.

The Liberal leadership has made several ministerial nominations, including Iohannis as interior minister and deputy prime minister. The Social-Democrats have objected to the second nomination, arguing that as interior minister, Iohannis could not exercise the duties of the deputy prime minister in charge of economic affairs, which had been Chitoiu’s purview.

Other line-up moves suggested by the Social-Democrats – including increasing the number of deputy prime minister to four, one for each party in the USL ruling alliance – were rejected by the Liberals, who feared that their role in government would be thus diluted. Some commentators went as far as to say that the Social-Democrats were content to see the coalition break-up and were pushing for such an outcome.

Formally set up in 2011 between the centre-right Liberals and centre-left Social-Democrats, alongside two smaller parties, the USL was always an alliance of convenience for both parties, collecting under one umbrella the main parties opposed to president Traian Basescu and his party, the Liberal-Democrats (then in government).

After USL won the 2012 parliamentary elections in a landslide, many analysts predicted that the USL coalition would break up before the 2014 presidential elections. Under the coalition agreement, Antonescu is the group’s putative nominee, but influential voices inside the Social-Democrat party have called for it to put forward its own candidate – the Social-Democrats last held both the offices of president and prime minister in 2004, when its candidate lost the presidential election to Basescu, while the party finished first in parliamentary elections, but had to go into opposition as a wide coalition around the Liberal’s and Basescu’s party (then called the Democrat Party) formed the government.

By triggering the split now, Antonescu would have about nine months to woo Basescu’s voters (not an easy task, given the history of bad blood between the two) and position himself as the right’s candidate for the presidency.

But in the short term, Social-Democrat leader Victor Ponta looks certain to stay on as prime minister, securing just enough support in the bicameral parliament thanks to the MPs from the smaller two parties in the USL. A potential coalition with the ethnic Hungarian party UDMR, about which local media speculated in recent days, would give him a simple majority backing in both houses of parliament.

Should the National-Liberal party’s executive bureau decide to leave government, the Social-Democrats will have some breathing space to agree a new ruling majority, with an investiture vote for the new Cabinet held sometime before March 8, when the caretaker mandate of the interim interior minister expires.