The political centre-left is likely to win the most seats in the May 2014 European Parliament elections in May, according to a poll.

The Socialists and Democrats (S&D) , currently the second-largest group in the 751-seat European Parliament, will take 221 seats, a 14 per cent improvement on their current standing, according to PollWatch, an initiative launched by transparency organisation VoteWatch Europe and led by professors at the London School of Economics and Trinity College Dublin, the European Jewish Press reported on February 21.

The next European Parliament is expected to be considerably more polarised than the current one, the researchers underlined, with fewer seats for the centrist groups and more seats for the radical left, radical right, and anti-Europeans.

The survey predicts that the centre-right European People’s Party (EPP), the largest political group, will lose seats (202) along with the Liberals of ALDE (64 seats. The extreme-left GUE/NGL group would have 56 seats, the European Greens/EFA group 44 seats, the European Conservatives and Reformists (ECR) 42 seats and the right wing Europe for Freedom and Democracy (EFD) 30 seats.

But the traditional mainstream parties are still expected to hold about 70 per cent of the legislature (against 85 percent today) as many political observers generally expect populist and extremist nationalist parties to be the biggest winner of the European elections in the 28 Eu countries between May 22 and May 25.

The results of the polls boost the chances of the S&D group to win the most powerful post within the EU – the European Commission President.

The S&D group has selected German Martin Schulz, the current president of the European Parliament, as their candidate to succeed Jose Manuel Barroso as head of the Commission.

The survey also shows that if the extreme-right formed a grouping that included Marine Le Pen National Front in France and Geert Wilders’ Party for Freedom in the Netherlands, it could win 38 seats, potentially doubling the extreme-right’s presence in the European parliament.

The UK Independence Party (UKIP), which wants Britain to leave the European Union, could end up with 18 MEPs,up from the 13 it gained in the last vote in 2009.

For years, elections to the European Parliament, which are in some countries coupled with general elections, were given little attention.

But since the introduction of a new treaty in 2009 which gave the EU parliament more powers, especially the power to veto the next president of the European Parliament, things have changed. 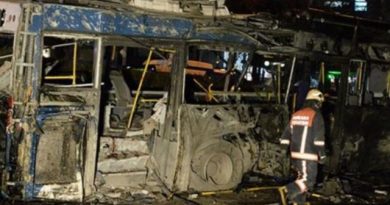 US warns citizens of terrorist threats in Turkey 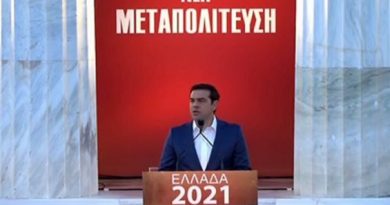 Tsipras begins dialogue for a ‘new Greece’ by 2021 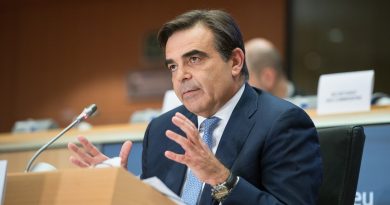