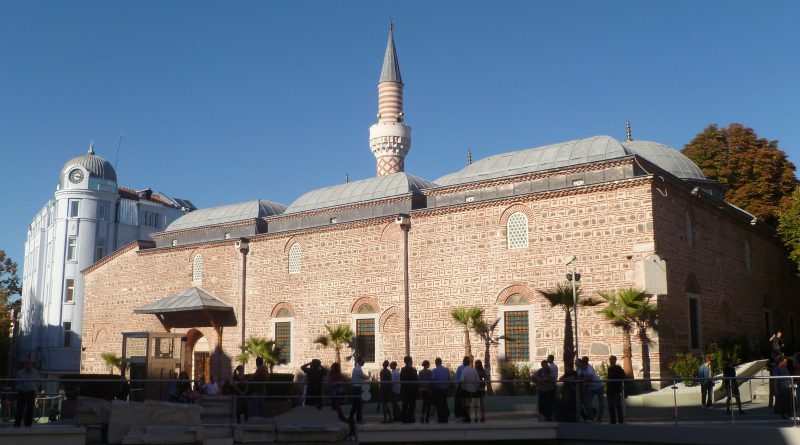 Football fan clubs in Plovdiv have sought to distance themselves from the anti-Islamic mob attack on the Dzhumbaya mosque in the city, instead blaming “provocateurs” for the vandalism that caused more than 600 leva damage to windows and a doorframe of the historic building.

Velin Terziev, of the Lokomotiv Plovdiv fan club, told a February 20 meeting of Plovdiv city council: “We have no interest in damaging mosques and instilling ethnic hatred”.

He said that people who threw paving stones and fireworks at the mosque during a February 14 protest “were not from the fan clubs” but were provocateurs sent there by “certain political forces” to divert attention from the real issues.

Local media reports said that representatives of fan clubs have met with police and prosecutors and were to watch video recordings with them to try to identify the culprits who instigated the attack on the Dzhumbaya mosque.

At the city council meeting, a statement was read out by a Movement for Rights and Freedoms councillor condemning the attack on the mosque. During the protest march, another focus for the protesters was the city headquarters of the MRF, which is led and supported in the main by Bulgarians of ethnic Turkish descent.

On February 19, the head of the board of the Dzhumbaya mosque, Ahmed Pehlivan, said that Plovdiv football fan clubs had requested a meeting with the mosque leadership to apologise for the attack.

“If this is genuine, we will meet with them and extend a hand to ease the tensions, because Christians and Muslims have lived as friends in Plovdiv for centuries”.

Pehlivan also announced that an independent assessment of damage to the mosque found that the costs added up to 675 leva (about 337 euro).

Earlier, a statement by the Regional Prosecutor’s office, included in documentation in court proceedings against eight people convicted of involvement in the events of February 14, said that the cost of the broken windows was just more than 45 leva – a figure that raised eyebrows among the mosque’s leadership.

Pehlivan said that the 675 leva sum did not include the costs of the damage to the windows broken in the Turkish coffee shop in the mosque building, because that part of the building was rented and the tenants did not want to wait to carry out repairs.

The mosque has been placed under 24-hour police guard since the mob attack, while the trustees have handed over security footage to the police.

On February 20, representatives of various ethnic and religious groups held a “flashmob” outside the mosque in a plea for tolerance among ethnic groups in Bulgaria.

On February 19, the Bulgarian Orthodox Church Metropolitan of Plovdiv said that he categorically condemned the desecration of houses of worship in Bulgaria.

“Saint Paul advises us to live in peace with all men,” Plovdiv Metropolitan Nikolai told reporters. “So do not expect us to invent a new gospel. We preach God’s will for peace and benevolence among men,” he said.

In a statement, the Union of Judges of Bulgaria said that it rejected attempts from the street to exert undue pressure on the judicial process. 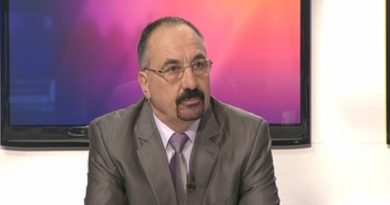