The code is intended to apply all future elections at all levels – municipal, parliamentary and presidential – but may not meet the effective deadline for approval.

A meeting of the 42nd National Assembly’s ad hoc committee on the draft election committee on February 11 had to be adjourned because of rows among its members, which led to walkouts – eventually also by the committee’s chairperson, BSP MP Maya Manolova.

Committee members remaining in the meeting voting voted themselves a 30-minute adjournment because there was no one to chair proceedings and it was unclear whether Manolova would return.

Those who already had walked out included two members of centre-right opposition party GERB,

which when in power approved the election code that the new draft proposal is meant to supersede.

Another who walked out was BSP MP Tatyana Burudzhieva, after an argument with members of the Movement for Rights and Freedoms, the BSP’s ruling axis partner.

Party colleagues Burudzhieva and Manolova disagreed over a proposal that candidate mayors who do not properly account for campaign spending be fined 15 000 leva. Manolova objected that this sum was unaffordable for mayors of small towns.

Manolova reportedly has expressed frustration at the pace with which the proposals are being processed.

Effectively, she conceded that a veto of the legislation by the head of state was expected, referring to tabling the legislation in the House “waiting for a presidential veto, overturning it…”

Part of the holdup is that the translation from English into Bulgarian of a report by the Venice Commission and the OSCE Office for Democratic Institutions and Human Rights has not yet been completed. The report was said by Manolova to have been received on February 7.

In any case, approval of new election laws less than a year before an election contradicts a Venice Commission principle.

Reportedly, the joint report by the Venice Commission and the ODIHR underlines the importance of the principle of the stability of election legislation.

This principle should be guaranteed especially with regard to basic elements such as the composition of the election administration.

Because no major changes should be made less than a year before an election, the report is said to recommend that these be deferred until after the European Parliament elections.

One of the proposals pushed by the BSP is a new share-out of quotas for appointments to the Central Election Commission – a proposal that in itself contradicts recommendations presented to the previous government and it accepted by it in principle of creating an election commission that is a permanent and professional body.

The report is said to welcome the draft new code providing a strong legal basis for democratic elections, but expresses misgivings about disadvantages such as the prohibition against prisoner voting irrespective of the gravity of the crimes of which they have been convicted. Other concerns reportedly include an inappropriate balance among the membership of the Central Election Commission, poor co-ordination of various time periods in the electoral process and the need to establish an effective mechanism to challenge the result of the vote.

The Venice Commission has recommended that Bulgaria gives up on a proposed idea of providing machine voting in the European Parliament elections because it would cause difficulties in citizens exercising their right to vote.

Meanwhile, at an earlier meeting, the ad hoc committee on the election code rejected a proposal to provide funds to smaller parties for media campaigns during the pre-election period. This proposal was opposed by GERB and by Ataka.

GERB called into question whether the proposal was permissible under European Union rules on state aid. Ataka MP Pavel Shopov said that such spending was an unnecessary drain on the treasury.

Another controversial point is a BSP proposal on raising the threshold for entry into a municipal legislature and the European Parliament at seven per cent of the vote.

In its reporting on the election code proposals, daily Sega said on February 11 that it seemed from Manolova’s words that the governing party was determined to conduct the European Parliament elections according to the new code and would consider only some of the Venice Commission-ODIHR recommendations. 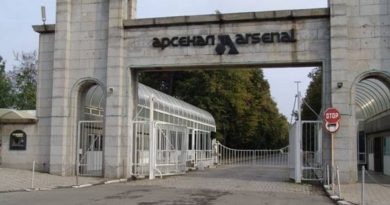