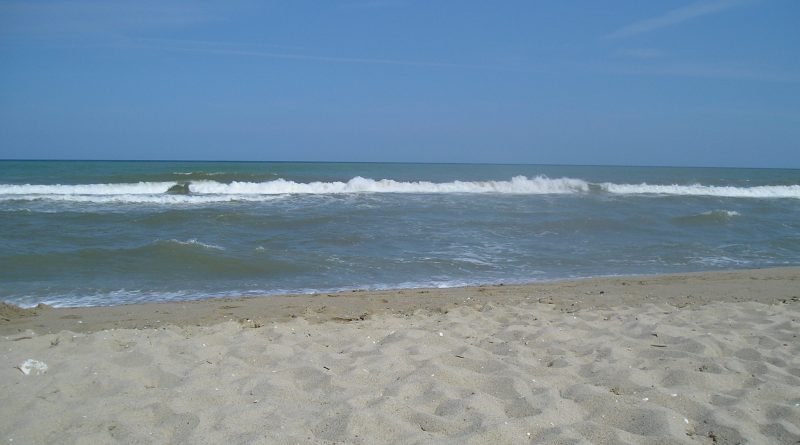 With all barriers now removed from large-scale development in Bulgaria’s Strandhzha nature area, one of the few near-unspoilt parts of the country’s Black Sea coast, environmental conservation organisations have pledged to take the fight to European Union level.

Strandhza, on the southern Black Sea coast, has been the subject of battles for years around a spatial development plan for Tsarevo Municipality which would open the way for the building of hotels and villas for many thousands of visitors.

Strandzha is meant to be, by declaration some years ago, the largest protected nature area in Bulgaria, and has the largest broadleaf forest complex in Europe, protected by special statute. The area is also part of the EU’s Natura 2000 environmental conservation network.

A turning point in the battle came with a final ruling by Bulgaria’s Supreme Administrative Court on January 17 upholding the Tsarevo Municipality spatial development plan.

This was followed soon afterwards by the resignation of the long-serving director of the Strandzha Park, Stefan Zlatarov, a move that was reported in local media as having been a sacking by the government as part of efforts to get development in the southern Black Sea coastline underway.

Zlatarov confirmed to public broadcaster Bulgarian National Television that he was induced to resign, saying that the new plan would increase the possible extent of construction in the area fourfold.

Environmentalists, who say that they will approach the European Commission on the grounds that development in the area would directly contradict EU laws and nature conservation directives, have said that Bulgaria should prepare for new infringement procedures initiated by Brussels because of violations of EU environmental laws.

Nature conservation organisations also have called on Bulgaria’s Pariament to urgently amend the laws so that master plans approved without an environmental impact assessment, as in the case of Tsarevo, would automatically be invalid.

Lawyer Svilen Ovcharov, of the For the Nature in Bulgaria coalition, said that Natura 2000 did not prohibit development but required that it should be limited so that it was not harmful and must represent “greener, more sustainable” tourism. This could be done only with an environmental impact assessment.

Ovcharov said that the Supreme Administrative Court decision meant that town planners and mayors could proceed to issue development plans in violation of any law and these would be safe from being contested. “Congratulations,” he added, ironically.

Zlatarov said that his biggest concern would wipe out populations of turtles, snakes and lizards in the area and threaten the part of the EU’s Via Pontica conservation route in the area.

Environmental protection organisations also called for Zlatarov to be reinstated to his post.

Protests against the plans for large-scale development, reportedly to add 75 000 beds in accommodation at the Black Sea coast, already have been held in Sofia and Bourgas and are planned for Plovdiv, Rousse and Sliven.

The protests have been well-supported, mirroring outrage on social networks by Bulgarians who see the go-ahead for the plan as putting the last remaining beauty of Bulgaria’s southern Black Sea at risk of matching the concrete-laden over-construction for which several resorts on the northern coast are notorious.

Environmental activists have alleged that the current Deputy Environment Minister Chavdar Georgiev and MP Yordan Tsonev, both of the Movement for Rights and Freedoms, had a hand in the court decision because of their personal interests, an allegation that both reject as untrue.

Tsonev said that he had supported legislative decisions to conserve Bulgarian nature, including Strandzha Park. “I have no property or land there. My wife has three decares (about three-quarters of an acre). Her father and his relatives also have land got through restitution, but not in such quantities as to build golf courses or anything”.

He added that he was willing to assist environmentalists if they had legislative proposals for nature conservation.

The controversial plan was prepared in 2007 under then-mayor Petko Arnaoudov of the Bulgarian Socialist Party and assigned to a team of specialists headed by architect Kalin Tiholov.

It envisions the construction of a tourist complex near Ahtopol, a holiday village near the Coral campsite, and developments elsewhere including Arapia and Varvara. The plan was approved in 2008 by the regional development minister in the BSP tripartite coalition government of the time.

Current Tsarevo mayor, Georgi Lapchev of centre-right party GERB, said that, “we do not intend building concrete cities like in the north (of the Black Sea coast). They will hurt us, they will repel the tourists,” he said.

He said that the concerns of environmentalists were “exaggerated and unfounded”. There would not be construction where there dunes or other protected areas, he said.

Lapchev, while from a different party from Arnaudov, said that he supported the plan “because it sets a framework for the development of the municipality”.

According to Lapchev, behind the objections of environmentalists were corporate interests.

“I smell jealousy from the resorts to the north of us because many tourists will be redirected to the south. The truth is that no one has ever asked us how we want to develop, given that 85 per cent of the total population lives near the sea and relies mainly on one season,” Lapchev said.

“Can the fates of local people be decided by a handful of environmentalists who see only the beach?’

He denied that there would be over-construction, saying that the Black Sea Coast Act set “clear parameters” on the density and height of construction. Further, 20km of the coast from Ahtopol to Resovo were excluded from the Tsarevo spatial development plan, Lapchev said.

(Photo, of the shoreline at the Coral campsite: Clive Leviev-Sawyer) 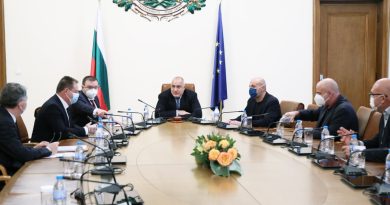 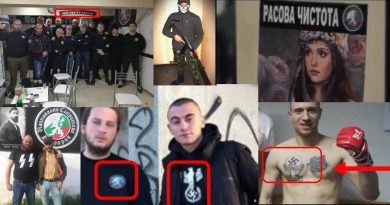