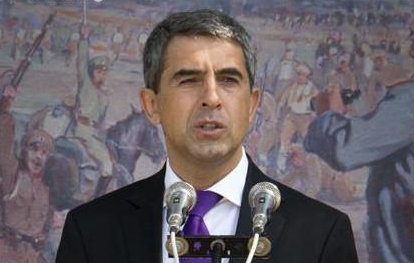 Bulgarian President Rossen Plevneliev has confirmed that he will attend the February 23 closing ceremony of the 2014 Winter Olympics in Sochi, meaning that like prime minister Plamen Oresharski he is not heeding calls for a boycott of the Games in the Russian city.

Oresharski, occupant of the head of government’s chair in the Bulgarian Socialist Party cabinet, said earlier that he would attend the February 7 opening ceremony, adding – in reference to the boycott of Sochi – that Bulgaria was a country of scant influence.

Plevneliev, speaking on January 20 at a briefing marking two years in office as head of state, following his election on a centre-right ticket, said that as Bulgaria’s head of state, “I am the last person who would politicise sport”.

Describing himself as a keen athlete who liked to ski, play tennis and swim, Plevneliev said that he knew how important it was that sport should not be politicised and wanted to give an example that sport should be sport.

He said that he would be greeting Bulgaria’s Winter Olympics contestants and hoped to see the Bulgarian flag raised high in Sochi.

Bulgaria is sending 16 competitors to the Games. The Bulgarian delegation will total 37 people, Bulgarian Olympic Committee head Stefka Kostadinova said. She has said publicly recently that she has no expectations about the Bulgarian team winning medals.

Pussy Riot member Nadezhda Tolikonnikova, released from prison as part of an amnesty announced by the Kremlin in a move seen by critics as a public relations stunt ahead of Sochi, has made public calls for a boycott of the Games. There is also an active online campaign.

Figures from the entertainment world have been campaigning against Russia’s anti-gay laws. In September 2013, US singer Selena Gomez dropped plans for concerts in Russia after it appeared that she would not be able to secure a visa because of her stance in favour of gay rights. Cher turned down an approach to perform at the Sochi opening ceremony, reports said.