In 1999, a Turkish preacher who ran afoul of the military-backed secular government in Ankara left and sought refuge across the ocean in what was then a camp for Turkish-American children in the eastern U.S. state of Pennsylvania.

The ailing 72-year-old Fethullah Gulen has remained influential in Turkey, however, and the nation’s increasingly polarized politics have followed him to his retreat in Pennsylvania’s Pocono Mountains.

Earlier this month, I visited the Golden Age Generation Retreat and Worship Center,  in Saylorsburg, Pennsylvania, about an hour and a half’s drive from New York City.

Alp Aslandogan, a Turkish-American businessman who is Gulen’s main spokesman, said I was not permitted to talk to the cleric nor film visitors who come from Turkey to study and pray with him.

“He’s extra careful about interviews with the Western media because, unfortunately, in Turkey people are very fond of conspiracy theories,” Aslandogan said. “So even an appearance in a foreign media organization is interpreted in Turkey as being part of an international conspiracy.”

Faced with anti-government protests and corruption investigations, Turkish Prime Minister Recep Tayyip Erdogan’s has blamed his problems on the U.S., Israel and Gulen’s followers, who are reportedly influential within Turkey’s judiciary and police.

“International powers are behind this,” Erdogan said last month. “Dissemination propaganda has been launched against us. There is a gang, a cabal organizing within the state.”

Aslandogan said the preacher also is avoiding the spotlight because of his diabetes and other worsening ailments.

But in his own messages, Gulen has said Erdogan suffers from “decayed thinking” and denied the prime minister’s accusations.

For his part, Aslandogan said police and prosecutors pursuing the corruption cases are being “profiled” because of their “orientations and sympathies” with the Gulen movement.

While critics characterize the Gulen movement as a cult of personality, admirers prefer the term Hizmet movement, after the Turkish word for ‘service.’ And Aslandogan compared Gulen to U.S. civil rights leader Martin Luther King Jr.

“The civil rights movement advocated equal rights for all citizens,” said Aslandogan. “Similarly, in Turkey, Gulen advocated for equality and equal opportunity for all citizens – observant Muslims, and others who historically had been discriminated against.

“The civil rights movement abstained from violence. Similarly, Gulen throughout his life always criticized and rejected violence,” Aslandogan said. After the September 11, 2001 attacks in the United States, he said Gulen called Osama bin Laden “a monster.”

As an imam in Turkey, Gulen encouraged his followers to become educated, and the movement spread beyond Turkish borders, with hundreds of schools and charities established in other countries.

Aslandogan himself heads the New York-based Alliance For Shared Values.

“One of the core premises of this movement is that if we can agree on certain shared values, we can collaborate around them, even if people come from different backgrounds to those values,” said Aslandogan.

Gulen’s messages of peace tolerance have won him praise from luminaries in the United States. Former Secretaries of State Madeleine Albright and James Baker, and former President Bill Clinton have all spoken at Gulen foundations.

Loyola University Maryland Professor Joshua Hendrick said the Gulen movement is more akin to the Moral Majority, an American evangelical movement that became politically active in the 1980s in favor of conservative politics.

Hendrick, who recently published a study of the Gulen movement, said the prime minister’s accusations are not implausible.

“What we’re dealing with is a very influential, very powerful social organization that is very effective at achieving its goals, such as influencing an investigation,” he said.

“If you are being criticized as being a parallel state, if you are criticized for moving into the upper echelons of state power in order to seize control and Islamicize the republic from the top down, it’s very helpful to show a video of Madeleine Albright and James Baker, Bill Clinton, speaking on your behalf,” said Hendrick.

In the U.S. there has been increasing scrutiny of a group of about 145 charter schools that are affiliated with the movement. Hizmet-linked schools in Texas are being accused of visa fraud and misuse of taxpayer money, and the FBI is investigating allegations of sexual misconduct at a charter school in New Orleans.

In the town just down the road from the Pennsylvania retreat, restaurant owner Joyce McGarry had never heard of Fethullah Gulen and chuckled at her own difficulty pronouncing his name.

After holding a protest here a few months ago, though, some of Gulen’s Turkish-American opponents stopped at her restaurant. They told her about the movement’s involvement in U.S. charter schools and gave her a printout of a website that tars Gulen as an extremist.

“They said I should be aware of who my neighbors are,” said McGarry. 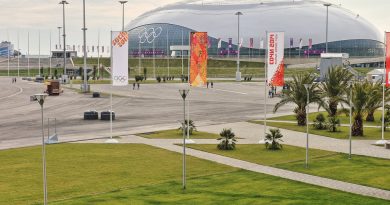 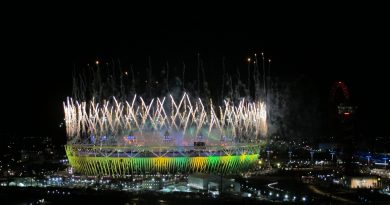