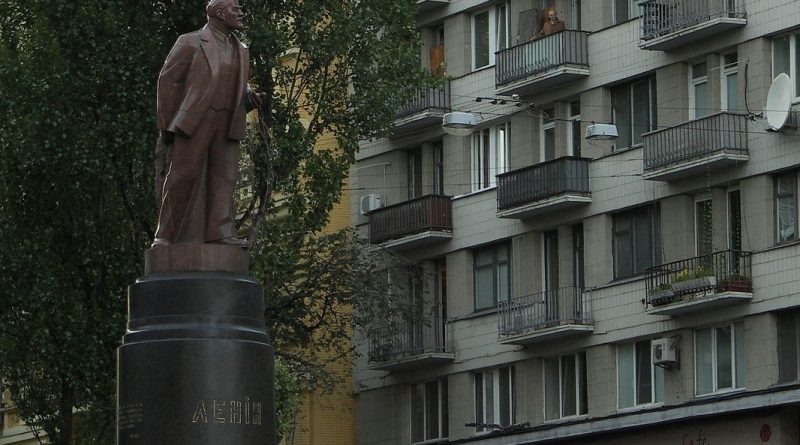 Anti-government protesters in Ukraine have toppled a statue of Soviet state founder Vladimir Lenin in central Kyiv, during the latest in a series of mass protests against the government of President Viktor Yanukovych.

Hundreds of thousands of people waved EU and Ukrainian flags as they gathered on Kyiv’s Independence Square to protest the government’s decision to back away from a trade deal with the European Union in favor of one with Moscow.

In a letter read by her daughter, jailed opposition leader and former prime minister Yulia Tymoshenko said Yanukovych has lost legitimacy as a president, and called for his ouster.

“[President Viktor Yanukovych] understands only one language. This is the language of peaceful and powerful strength. And we should use it to speak with him. We have to remove him from authority right now,” she said.

Earlier, opposition leader Arseniy Yatsenyuk said he would negotiate with President Yanukovych only if he names a new government that will deepen European ties.

The state security service on Sunday announced that it has opened an investigation into opposition leaders on suspicion of attempting to seize power.

Meanwhile, the European Commission said in a statement that Commission President Jose Manuel Barroso urged Yanukovych to seek a dialogue with his opponents and to respect civil freedoms during a phone call Sunday. The commission says EU foreign policy chief Catherine Ashton will visit Kyiv this week to support a way out of the crisis.

Opposition protests erupted late last month after President Yanukovych refused to sign a long-anticipated EU trade deal. On Friday, Yanukovych met with Russian leader Vladimir Putin for talks on a treaty that the opposition sees as an attempt to recreate the Soviet Union.

Moscow is seeking to form a trade bloc of former Soviet republics and satellite countries. Earlier this year, it imposed restrictions on goods from Ukraine, cutting Ukrainian exports 25 percent and dragging the country into recession.