Bulgaria’s Foreign Ministry said on November 6 that the term of Bulgaria’s ambassador to Brazil Chavdar Nikolov would be cut short following disciplinary proceedings.

Nikolov was recalled to Sofia for a disciplinary hearing several days after Olympic weightlifting champion Gulubin Boevski, sentenced to nine years and four months imprisonment in Brazil last year on charges of attempted drug trafficking, returned to Sofia on September 23.

Boevski’s return came as a complete surprise to the justice and foreign ministries in Sofia as well as the prosecutor-general’s office, all of which said that they had nothing to do with Boevski’s early release. Later, it emerged that Boevski had been expelled from Brazil – in line with the country’s policy to deport all foreigners found guilty of drug trafficking.

After Nikolov’s hearing on October 28, Foreign Minister Kristian Vigenin told Bulgarian National Television that the ambassador received a notification from Brazilian authorities that they intended to deport Boevski – Boevski said that he had been notified in May – but never passed the information on to Sofia.

In its statement on November 6, the Foreign Ministry said that Nikolov was found to have breached the provisions of the Civil Service Act, namely failure to carry out his duties and undermining the prestige of state institutions.

“His behaviour resulted in reduced public trust in the Ministry of Foreign Affairs, one of the main functions of which is to defend the rights and interests of the Bulgarian state and its citizens abroad,” the ministry said.

Bulgarian ambassadors are appointed by presidential decree at the request of the government. The ministry said that it would submit a proposal to the Cabinet asking that President Rossen Plevneliev signs a decree ending Nikolov’s ambassadorial term. 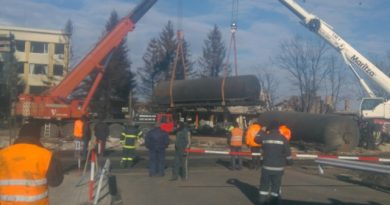