More than a week after Bulgaria’s Parliament approved a resolution proposed by ultra-nationalists Ataka to extend to 2020 the moratorium on the sale of land to foreigners, the Cabinet seemed poised to try to get out of the situation by ignoring Parliament’s binding resolution, while the response of the Bulgarian Socialist Party – divided on the issue – was still awaited.

The moratorium was permitted as part of the accession treaty by which Bulgaria joined the European Union on January 1 2007 and is due to expire on January 1 2014.

Extending the moratorium to 2020 is a signature issue for Volen Siderov’s Ataka party, which has painted apocalyptic pictures of wealthy foreigners rushing in to buy up the motherland cheaply.

After a debate of several hours on October 22, the 42nd National Assembly approved a resolution to extend the moratorium, in a vote supported by centre-right opposition party GERB and most Bulgarian Socialist Party (BSP) MPs.

While most BSP MPs backed the resolution, others abstained and some voted against, notably the party’s leader Sergei Stanishev and the socialist Speaker of Parliament, Mihail Mikov.

The vote put the BSP in an embarrassing position, in particular because it put it at odds with its ruling axis partner, the Movement for Rights and Freedoms (MRF), led by Lyutvi Mestan.

The BSP embarked on a damage control exercise, signalling that it could provide sufficient votes of MPs to make up the numbers for an intended challenge to the resolution by the MRF in the Constitutional Court.

There has been considerable debate about the implications of the resolution, in part because the deadline for Bulgaria to seek to renegotiate such aspects of its EU accession treaty passed in 2010, and any attempt to seek to do so now appears not only impractical but also undesirable in terms of the kind of message it would send to Bulgaria’s EU partners.

On October 30, it appeared that the government appointed with the mandate handed to the BSP wanted to try the route of largely ignoring the binding resolution approved with the support of BSP MPs.

Zinaida Zlatanova, justice minister and one of the current government’s deputy prime ministers, said that it was her “personal opinion” that the extension of the moratorium was “meant” to apply only to third-country nationals, meaning citizens of non-EU countries.

She said that the cabinet would not implement Parliament’s decision because it ran counter to the constitution.

It was not excluded that the Cabinet could take the matter to the Constitutional Court.

Foreigners who were third-country nationals were currently not allowed to own agricultural land. Such individuals could acquire such a right at the signing of an international treaty, but currently there were no such treaties in effect.

The request of the National Assembly to introduce a ban on foreigners and legal entities from third countries outside the EU is satisfied by the current legislation, Zlatanova said.

If the legislature intended to change the terms of the agreement with the EU, there were two legal ways, amending the treaty and the constitution.

The Cabinet did not have the legal tools to enforce the moratorium. Such a unilateral ban could not be implemented by the Cabinet. The Cabinet had the right to request an interpretation by the Constitutional Court, Zlatanova said.

“I have not the slightest ambition, intention or confidence I can express myself on the question of whether a decision of the National Assembly is constitutional. There’s a body – the Constitutional Court,” local media quoted Zlatanova as telling a parliamentary committee.

Meanwhile, on October 30 the MRF continued to await the BSP’s decision on an approach to the Constitutional Court.

The BSP’s parliamentary group discussed the issue on the evening of October 29 but no final decision was reached.

The MRF extended the deadline that it had given to the BSP to come up with a response, by a week to November 5. The deadline was extended because BSP leader Sergei Stanishev was away abroad.

All 36 MRF MPs already have signed the application to the Constitutional Court to overturn the resolution, but a minimum 48 signatures are required, which is why some BSP MPs earlier indicated that the party would provide the required further 12.

MRF leader Mestan told reporters that if the BSP declined to support his party’s application to the court, the MRF would submit a request to other institutions able to do so – the President, the Cabinet, the Prosecutor-General and the two Presidents of the high courts. 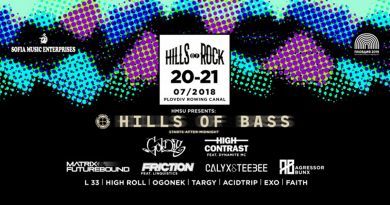