President Rossen Plevneliev has lodged a formal application in the Constitutional Court to overturn Parliament’s June 19 2013 vote revoking the appointment of Delyan Peevski as head of the State Agency for National Security (SANS).

This means that should the court uphold Plevneliev’s application, Peevski would still be head of SANS, rendering it constitutionally impermissible for Peevski to sit as an MP. Success in Plevneliev’s application would sink the controversial earlier ruling by the court that left Peevski, scion of a vastly influential media-owning family, in place as a member of the 42nd National Assembly.

Peevski’s short-lived tenure as head of SANS sparked still-continuing public protests demanding the resignation of the current government, in office since May on the basis of a mandate handed to the Bulgarian Socialist Party.

A statement by the head of state’s office on October 28 said that the decision by the National Assembly on June 19, to overturn the election of Peevski as head of SANS four days earlier, was contrary to the fundamental principles laid down in the constitution.

Plevneliev’s office said that Bulgaria’s constitution and laws introduced terms of office for public bodies that created a protective mechanism of democracy. A term of office could not be terminated on the basis of a subjective judgment, but only on grounds provided for in the constitution or in law. In the case of the June 19 vote in Parliament, no such reasons had been advanced, the President’s office said.

Plevneliev asked the Constitutional Court to issue a binding interpretation of at what stage a person shed the status of an MP when elected by Parliament to another position and had entered this position by taking the oath.

On June 14, moments after his rapid election as head of SANS by the votes of MPs from the BSP and Movement for Rights and Freedoms, Peevski took the oath in Parliament as head of SANS.

President Plevneliev’s office said that in accordance with the spirit of the constitution, it should be accepted that the decision by the National Assembly to elect one of its members to another public office, and which had been followed by an expression of intent by the MP in this regard, meant grounds for termination of that person’s status as an MP.

Plevneliev’s office earlier had signalled that he would take action in the Constitutional Court against Peevski being an MP.

After the earlier application by centre-right opposition party GERB failed, the extra-parliamentary rightist Reformist Bloc approached Plevneliev to lodge a challenge of his own in the Constitutional Court.

While the previous case was pending, Peevski did not sit in the National Assembly. After the outcome of the earlier Constitutional Court process in his favour, he has not been seen there either. 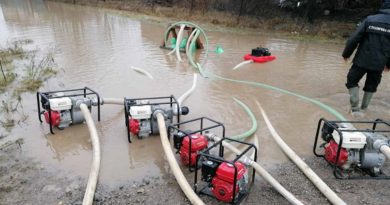