European Union ministers agreed on October 22 to open a new chapter in the process of Turkey’s EU accession negotiations, with talks scheduled for November 5 in Brussels to be the first since the most recent chapter was opened in June 2010.

Concerns about Turkey’s human rights conduct have held back the country’s progress in recent years through the protracted process of closing the 35 individual chapters – policy fields – required before accession.

On October 22, an official statement from the EU’s General Affairs Council confirmed that it had agreed to the opening of the next chapter, on regional policy and co-ordination of structural instruments with Turkey.

The November 5 accession conference is to be held in Brussels.

However, it had not been clear recently whether the go-ahead would be given for the next chapter, given concerns about Turkey’s human rights conduct.

Since the start of EU accession negotiations with Turkey in 2005, 13 chapters have been opened, of which one (chapter 25 on science and research) has been provisionally closed. Chapter 22 on regional policy and coordination of structural instruments is the 14th chapter to be opened. The last chapter, on food safety, veterinary and phytosanitary policy (chapter 12), was opened in June 2010.

EU accession negotiations are divided into 35 chapters (policy fields) each of which is negotiated separately.

Quoted by Turkish newspaper Hurriyet, European Enlargement and Regional Policy Commissioner Stefan Füle said that he welcomed the confirmation and the set date for the upcoming conference, adding that recent developments in the country highlighted the importance of EU engagement.

“Recent developments in Turkey underline the importance of EU engagement and of the EU remaining the benchmark for reform in Turkey. To this end, accession negotiations need to regain momentum, respecting the EU’s commitments and established conditionality,” Füle said.

He said that the October 22 decision was “an important step,” saying the recent EU Progress report released last week provided “a timely contribution to the process leading up to” the opening of the chapter.

In a scheduled regular report on October 16, the European Commission said that Turkey had taken important reform steps over the past 12 months but several further reforms were needed and the European Union should “enhance its engagement” with Turkey.

The accession process remains the most suitable framework for promoting EU-related reforms in Turkey, the EC said.

“Therefore, accession negotiations need to regain momentum, respecting the EU’s commitments and the established conditionality. In this regard, the opening of chapter 22 (Regional policy), after more than three years of stalemate in the negotiations, will be an important step.” 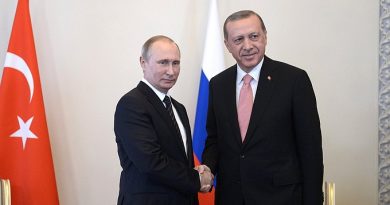