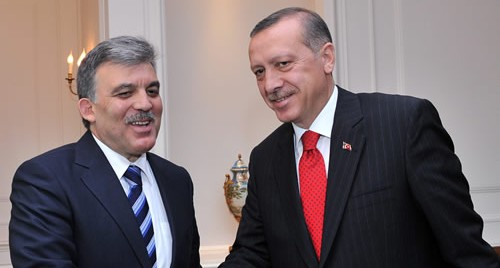 Divisions between Turkey’s President Abdullah Gul and Prime Minister Recep Tayyip Erdogan re-emerged last week with the president’s address at the opening session of the Turkish parliament. In the speech, which came just a day after Erdogan unveiled a democratic reform package, Gul praised anti-government protests and pleaded for a greater participatory democracy. The reappearance of differences between the formerly close political allies comes ahead of next year’s presidential election, in which neither man has ruled out running.

In his address to Turkey’s parliament, Gul praised last June’s anti-government protests – which Erdogan had called a conspiracy against his government, saying they were an important sign of participatory democracy. In another thinly veiled attack on the government, Gul stressed the importance of a free press. According to human rights groups, Turkey is the world’s biggest jailer of journalists.

Sinan Ulgen, a visiting scholar at Carnegie Europe in Brussels, said Gul’s speech indicates a growing rift between the once close allies.

“We have seen clear difference in the rhetoric of the prime minister and the president, and there is increasing speculation in Turkey, the question being at any point, they can challenge each other for the presidency,” said Ulgen.

Gul is eligible to run again in next year’s presidential election, but thus far he has not made his intentions clear, other than to say that after his current term ends, he will remain at the service of his country. Erdogan, in his clearest signal yet, said last week he would consider running for president if his party wants him to.

Until recently, observers were predicting that if Erdogan ascended to the presidency, he would choose Gul as his prime minister. But Kadri Gursel, diplomatic columnist for the Turkish newspaper Milliyet, suggests Gul’s increasingly independent stance makes this is unlikely.

At the same time, Yuksel Tasgin, an assistant professor of politics at Istanbul’s Marmara University, questions whether Gul can successfully distance himself from Erdogan.

“He has given his consent to every major issue of [the] AKP – that’s why he could not create an autonomous power base in the presidency. I believe he is very late to try to assert his power or try to assert his indispensability for the system,” said Tasgin.

The current presidency has limited powers, and Erdogan has been hoping to turn Turkey into a presidential system. With all the parliamentary opposition parties opposing such a move, thereby denying him the two-thirds parliamentary majority needed to make such a change, however, those hopes now appear dashed.

Still, analysts point out that Erdogan remains a political giant within his ruling AK Party, and is a formidable campaigner. Political columnist Gursel said such factors, along with Gul’s reluctance to confront Erdogan directly, make it unlikely that Gul would run against Erdogan for the presidency.

But Gursel said Gul’s moderate rhetoric is an indication that he remains interested in retaining political power.

“He will never challenge openly Mr. Erdogan. If Erdogan falls, if some troublesome developments will weaken Erdogan’s power, this web of rhetoric, which also sounds good for the Western ears, will help Gul to be taken as the natural alternative to Erdogan,” said Gursel.

While Erdogan is famed for his campaigning skills, Gul is equally renowned for his tactical abilities. While opinion polls show the prime minister remains by far the most popular politician in Turkey, the same polls also reveal he is a deeply polarizing political figure. Should this polarization deepen, analysts say, it will be to the benefit of Gul’s political aspirations.