The European Union should convene a humanitarian conference aimed at helping Syria’s neighbouring countries to cope with the still-growing influx of refugees, the European Parliament said in a resolution approved on October 9 2013.

MEPs urged the EU to go on providing humanitarian aid and support to refugees and to guarantee them safe entry and access to fair asylum procedures in the EU.

The humanitarian conference on the Syrian refugee crisis should explore ways to help refugee host countries in the region (in particular Lebanon, Jordan, Turkey and Iraq) to cope with still-growing refugee populations and to keep their borders open to all Syrian refugees, the resolution said. Thousands of Syrians flee to neighbouring countries every day. The UN forecasts that 3.5 million refugees will have left Syria by the end of 2013.

Besides humanitarian aid, the conference should also focus on strengthening the EU’s role and involvement in diplomatic efforts to help end the conflict in Syria, according to the text of the resolution.

Speaking for the European Commission in the debate, Commissioner Michel Barnier agreed to the organisation of such a conference.

The European Parliament calls on the EU, as the largest humanitarian aid donor in the Syrian crisis, to “continue its generous funding” to meet the needs of the Syrian people.

EU countries should explore all existing EU laws and procedures to provide a safe entry into the EU to temporarily admit Syrians fleeing their country, the European Parliament said, welcoming the general consensus among EU member states that Syrian nationals should not be returned.

Refugees should have “access to fair and efficient asylum procedures” in the EU, MEPs said, who also reiterated the need for more solidarity among member states with those facing particular pressure to receive refugees.

The European Parliament said that “member states are required to come to the assistance of migrants at sea”, and calls on those which have failed to abide by their international obligations to stop turning back boats with migrants on board.

EU countries are encouraged to make full use of money to be made available from the Asylum and Migration Fund and the Preparatory Action to “Enable the resettlement of refugees during emergency situations”.

The resolution, a non-binding one, encourages EU countries “to address acute needs through resettlement”, in addition to existing national quotas and through humanitarian admission.

The possible influx of refugees into EU member states requires “responsible measures“, MEPs said, calling on EU countries and the EU Commission to work on contingency planning, including the possibility of applying the Temporary Protection Directive, “if and when conditions demand it”.

Under this 2001 directive, which so far has never been triggered, refugees would be granted a residence permit for the entire duration of the protection period, as well as access to employment and accommodation. 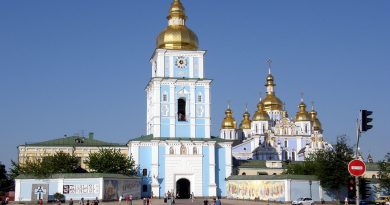