Martin Ivanov, who in the past two years initiated innovations at the state archives agency and was keen on the idea of a museum on the communist-era State Security secret service, has become the latest top official to be purged by the Bulgarian Socialist Party government.

He is to be replaced by a retired long-term Interior Ministry and State Agency for National Security official. Comments by Bulgarians on social networks said that the new chief of the agency’s career spans the time that communist-era archives were destroyed as Bulgaria headed for its transition from the era of communist dictator Todor Zhivkov. Media reports said that he had been the long-serving head of the archives at the Interior Ministry during the time of the declassification of police records.

Ivanov, appointed to head the state archives agency in 2011, initiated digitalization of records, uploaded Politburo files on to the internet, as well as the police files of Zhivkov, 1950s Bulgarian communist strongman Vulko Chervenkov, and others.

Ivanov’s work facilitated the work of historians and researchers who were able to access materials on key themes in Bulgaria’s 20th century history online. The agency also posted online material and photos related to the Jewish community in Bulgaria, a move linked to the initiative to commemorate the 70th anniversary of the prevention of the deportation of Bulgarian Jews to the Holocaust death camps of the Nazis.

Bulgarian website Mediapool reported that Ivanov learnt of his impending dismissal from the media. It came on a day when other changes were effected, part of the process whereby the current minority government, in power since May 2013, has been grasping to consolidate its power, in large part by sweeping personnel changes in a range of posts – especially the security sector, but also a number of other strategically-important ones. 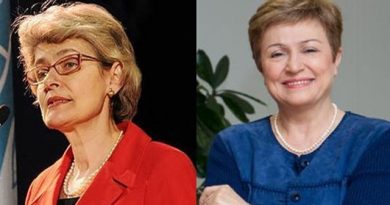