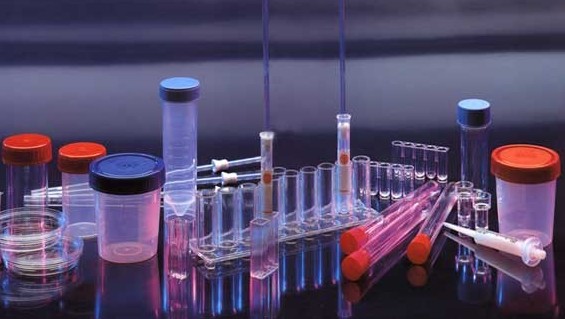 This week, Israel’s prime minister has an important decision to make:  Should Israel participate in a lucrative, seven-year scientific research program with the European Union? Or should it decline and lose out on potentially millions of dollars in grants for its academic and industrial researchers?

The EU and Israel have collaborated in academic and industrial research for years.  Israel has been the only non-European member of the EU Research and Technological Development Framework Programme (FP) since 1996.  Last year, Europe funded nearly 1,500 Israeli researchers working on more than 1,200 projects, making the EU Israel’s biggest source of public research funds.

This week marks the deadline for signing up to participate in the EU’s Horizon 2020 project, an ambitious seven-year, multi-billion dollar research program that could translate into research grants worth hundreds of millions of dollars to Israel.  It is set up so that each participating country contributes funds into a common “pot,” then competes against the others for grants.  Israel was expected to contribute about 600 million euros ($785 million) over the next seven years, but could have received back twice that amount in grants.

And if Israel does not sign up, it will not be eligible for any more European research grants until 2020.

So why is Prime Minister Benjamin Netanyahu holding back?  At issue are some tough conditions set by the EU for doing business with Israel.

The EU does not recognize Israel’s sovereignty over the Golan Heights, the Gaza Strip and the West Bank, including East Jerusalem—lands Israel captured during the 1967 Middle East war.

Last June, the EU clarified those guidelines, saying no money, grants or any other kind of financial investment can be made in any Israeli organization operating in those areas.  To get those investments, Israel would have to sign a clause saying the funds will not be used beyond the 1967 “green line.”  Netanyahu has said he refuses to accept any “external edits” on Israeli borders, and his economics minister, Naftali Bennett, has called the European guidelines “economic terrorism.”

The EU viewMichael Mann, Chief Spokesperson to E.U. High Representative Catherine Ashton, emphasizes there is nothing new to the guidelines, which were adopted on July 19, but are based, he says, on long-standing EU policy.

If that is the case, then why such a strong, negative reaction in Israel?

“I don’t know,” said Mann.  “You would have to ask people in Israel why they’ve reacted in the way they have.  Presumably, it may have drawn attention to this fact.  The policy exists already.

“For example, science funding from the European Union should only apply to the recognized territory of Israe,” he said. “So I would imagine that people have probably been reminded of this or made aware of this because of the publication of these guidelines, but we would just reiterate that this is not a change in policy, and it’s not anti-Israeli.”

Mann says that is a point that Catherine Ashton made by phone to Netanyahu last week.

“We want Israel to participate in our programs.  We want to work together with our Israeli friends, and we will do all we can to clarify what this means,” Mann said. “Maybe there’s been a misunderstanding in Israel.”

But any misunderstanding, says Yehudit Shier Weisberg, coordinator for the Canadian Legal Forum for the Land of Israel, is solely the EU’s.

“The EU claims that the settlements are illegal. According to international law, this is incorrect,” she said.  “The EU has supported negotiations between the parties, and yet they are taking a stand that is totally against negotiated settlement, because they are pre-determining the results and they are ignoring international law.”

Weisberg cites agreements and conventions dating back to the 1920 San Remo declaration by which, she says, the Allied Nations called for the establishment of a Jewish homeland in Palestine—including, she says, Judea, Samaria and Gaza.

In layman’s terms, she argues that Israel has every legal right to build in the disputed territories.

In Bogota Columbia, U.S. Secretary of State John Kerry said Monday the U.S. views the Israeli settlements as “illegitimate,” but added that the issue that must be resolved through negotiations.

View from the laboratoryDr. Elisha Haas heads the biophysics program at Tel Aviv’s Bar-Ilan University, where he studies the physics of translating genetic information known as the “second genetic code.”  While his research depends on outside funds, he hopes that Netanyahu will say “No, thanks” to Horizon 2020.

“The European Union wants to impose on Israel their policy, so they use a boycott in order to bend Israel,” Haas said.  “Science is part of culture.  Keep it out of the political struggle.”

The EU guidelines do not apply to all Israeli researchers and organizations, only to those doing business beyond the green line in the occupied territories.  But that does not matter to Hass.

“That means that if I want to get a grant, I will have to sign [a paper] saying I will not ask for any service by my research assistant who lives in Ariel [an Israeli settlement], across the green line,” he said.

As far as he is concerned, Israel can take the money it would have contributed into Horizon 2020 and grant it directly to its own researchers—who, by the way, can still collaborate with scientists outside of the European Union.

Where do EU countries stand on migration? 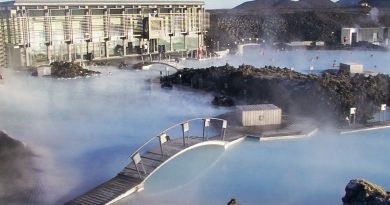