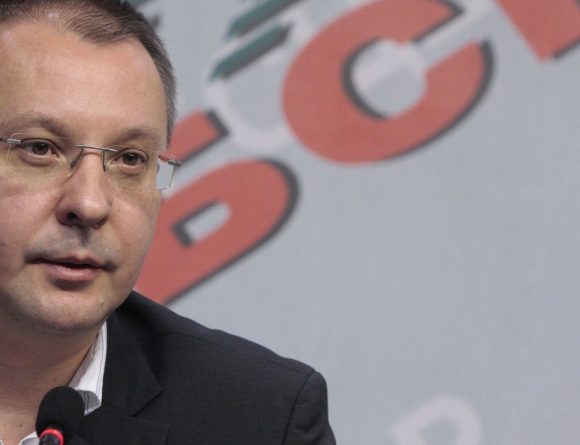 Some hours before Bulgaria’s Parliament was asked to approve the Cabinet move to revise Budget 2013 adding a billion leva debt, Bulgarian Socialist Party leader Sergei Stanishev insisted that after the budget amendment, the country would remain among the European Union’s “most outstanding students” for its low budget deficit.

At a news conference on July 23, Stanishev – who was prime minister of Bulgaria from 2005 to 2009 but placed his own former finance minister in the prime minister’s chair in the 2013 socialist government – said that the planned budget deficit would not exceed two per cent of GDP, while the Maastricht criteria allowed three per cent.

Stanishev rejected allegations that the billion leva (about 500 million euro) new borrowing would put Bulgaria at risk of an excessive deficit procedure against the country by the European Commission.

He said that the government was “plugging holes” created by Simeon Dyankov, who was finance minister in the Boiko Borissov centre-right government from July 2009 to March 2013.

The budget revision has been widely criticised by opposition parties in and outside Parliament, which have derided it as lacking clear detail in its purpose, designed to support populist measures by a government clinging to power, and likely to benefit only Bulgaria’s “energy mafia”.

Former ruling party GERB is interrupting its boycott of the 42nd National Assembly to vote against the Budget revision, which GERB leader Borissov described as now of more importance than revising electoral law. Earlier, GERB said that it would attend Parliament only for discussions on electoral reforms.