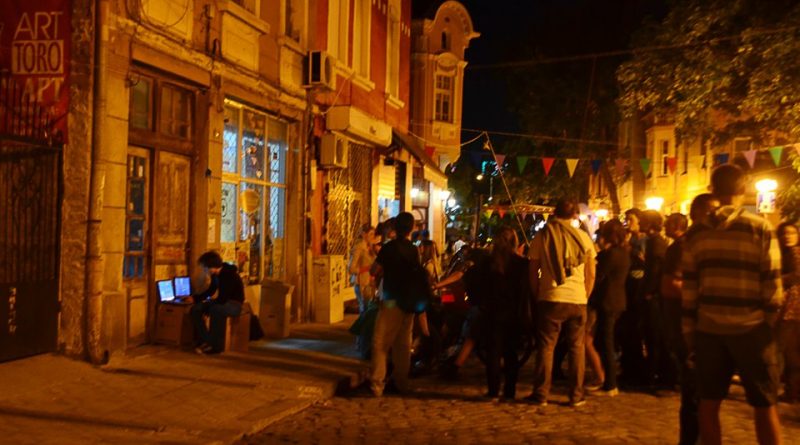 The festival is being held for a fourth consecutive year, and the theme of the 2013 edition is “Behavour”. The festival is curated by Stefka Tsaneva and is organised by the Open Art Foundation, initiator of the annual Night of Museums and Galleries in Plovdiv.

Otets Paisii Street is rich in history. It runs parallel to the Main Street in Plovdiv and in this way has become its dynamic alternative. While walking down Otets Paisii, one feels transported to a different city, and perhaps even to a different world. The street was part of Plovidiv’s 1896 city plan, made by the promeinent Bohemian-born Czech-Bulgarian architect Josef Schnitter, who laid the foundation of modern urban politics and designed some of the Secession style buildings on the street. It is a very narrow paved street, enclosed on both sides by old houses. Only here and there one can spot a splendid view of the nearby hill. 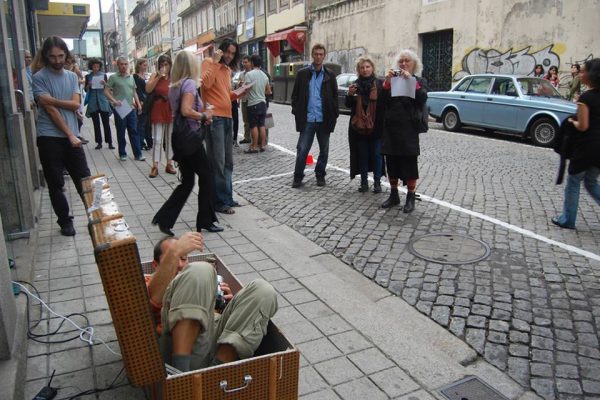 This year the festival will have its own Festival house, on a floor of an old building on No. 5. It will host four exhibitions as well as screenings and talks. There will be “Queer Forum Sofia – Plovdiv Remix” exhibition curated by Boryana Rossa and Stanimir Panaiotov and featuring the artists Alla Georgieva, Elena Popnedeleva, Voin De Voin(Bulgaria / Germany), Istvan Kantor (Hungary / Canada) and Nina Arsenic (Canada), What to do?/ Что делать? (Russia) and Vladan Jeremic (Serbia), Clear Zgurovski (Bulgaria, Umnaia Masha, Natalia Todorova (Bulgaria), Oleg Mavromatti (Bulgaria / Russia) Boryana Rossa & ULTRAFUTURO (Bulgaria / US). There will be also exhibitions by Iva Vacheva (Germany / Bulgaria) Velizar Dimchev and Visual studio. The Czech artist Jan Pfeiffer, who will present the video project “Relations of The Ellipsis” will also contribute to the foreign participation. 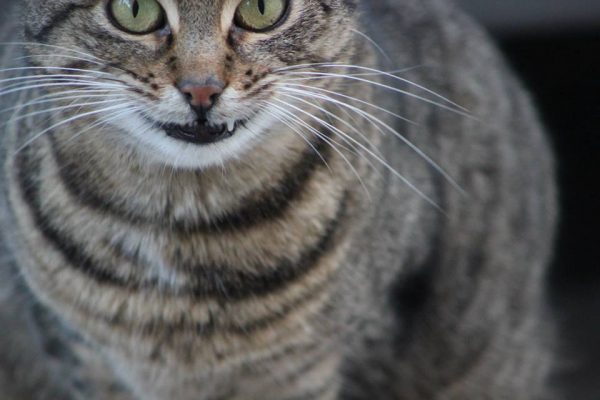 The festival will even study and analyse the behaviour of cats on Otets Paisii Street. The “Automatic generator of cat content online” (AGCCO) of Dilian Bakalski, is a robot that loves cats and feeds them and photographs them, and then uploads the photos to the internet.

Another interesting project is “Instruction Helmet” of DAMA12, which will be on General Gurko Street. According to the authors, this interactive installation will focus on the perception and reproduction of commands that come from the external environment and are rejected. The installation “Under the local umbrella” will tell invisible stories against the visible environment of Otets Paisii Street. Tourists and guests can only see part of story and detail that forms the daily lives of the local inhabitants. “Under the local umbrella” will allow you one to get deeper into the urban environment and to know the inside, the authors say. 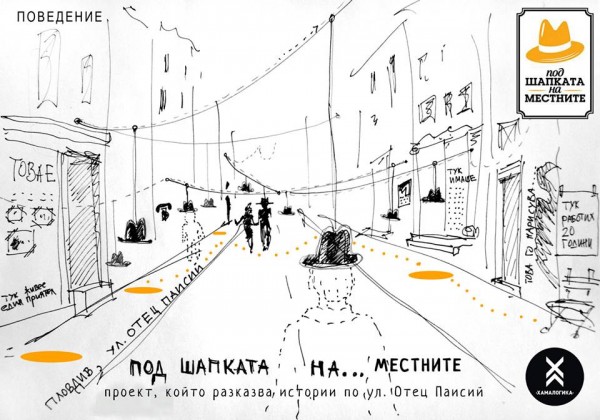 The urban environment will also host the photographs of Krasimir Dobrev’s project “Gusto Trash”. People from Plovdiv were encouraged to photograph and share photos of abandoned objects – old furniture, forgotten shoes, pictures, suitcases and television sets. The most interesting pictures will be exhibited during the festival.

The interactive installation “MITOSIS” by Vito Valentine will connect human pulse with pounding rhythms created by people and events on the street during the festival. Valentine will measure the pulse of each participant from the audience, and in parallel use a “Diagnosing hardware” (a microwave) to make a “portrait” on special “plate” (crust lasagna). The portraits will be unique and depend on the heart rate. Later they will be arranged in a 4.5 meter row, and will create a portrait of the festival.

The experimental performance festival Dimanche Rouge, which is held monthly in Paris and once a year in Estonia and Finland will also be presented on Otets Paisii Street. 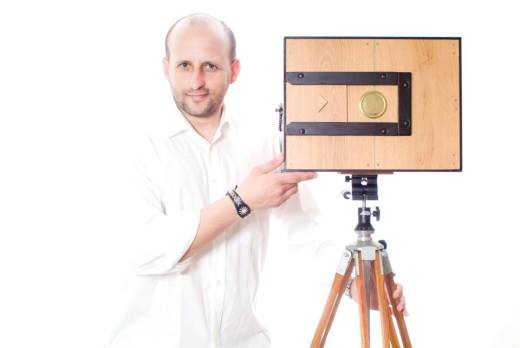 The program includes culinary experiments I fron of the City Art Gallery, a workshop “Visual thinking – the sleeping artist in all of us,” a workshop on Camera Obscura, theatrical improvisations, bazaars, circus attractions, games and talks for parents and children and many artistic projects with a flair for the city and the street.

The official opening of the Otets Paisii Street festival will be on the evening of June 7 at the Artnewscafe and will include screenings, performances and a party.

Joana Levieva-Sawyer is a producer and journalist with Bulgarian National Television, where she’s been for 18 years, and has been a self-trained cook for more than 20. She has received valuable instruction from two generations of women in her family as well as from Youtube and various cookbooks, magazines and websites. The happy friends who often eat at her table are her only certificate. 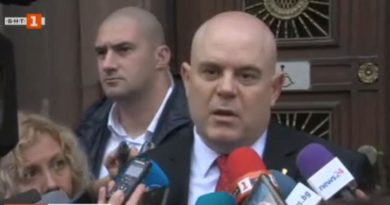