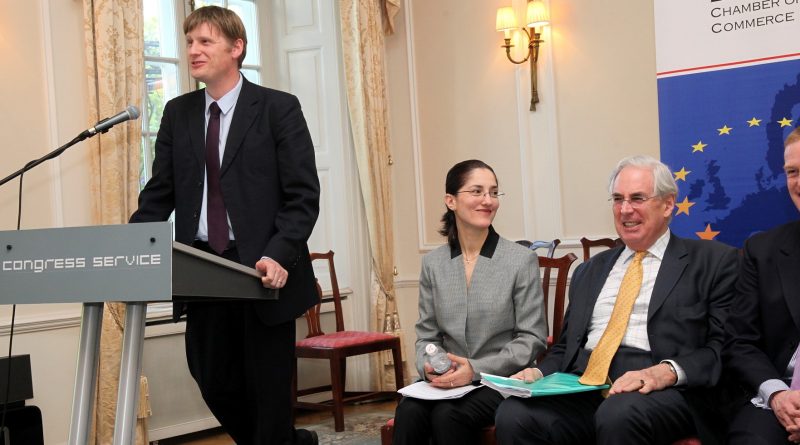 Four new board members were elected at the first annual general meeting of the British Bulgarian Chamber of Commerce (BBCC) held on April 25, 18 months after the BBCC’s relaunch, the chamber said in a statement on May 9.

Allen emphasised the strong synergies achieved from day one in working harmoniously and constructively between his Embassy, the UKTI team comprising the embassy’s commercial section, and the BBCC board and executive directorate which drives the private sector promotion of British Bulgarian bilateral investment and trade relationships on which the economies of both countries depend, the BBCC statement said.

“In quite a short time the BBCC is acknowledged to have taken its place shoulder to shoulder with the other leading bi-lateral foreign chambers in Bulgaria.” 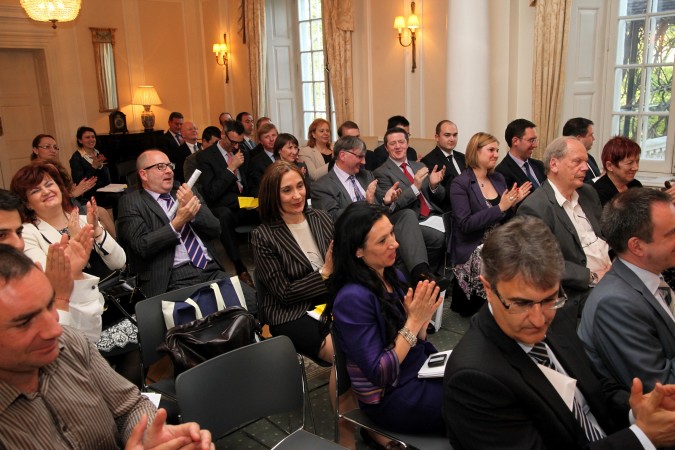 Drysdale presented on behalf of the existing board a series of highlights of the past year, including meetings for members and friends with government ministers, regulators, successful business people; networking events with other chambers and business clubs; liaison with COBCOE which links 40 British Chambers of Commerce across Europe and throughout the UK; contributions to UKTI and other investment promotional events in London. “Work is now proceeding with help of the embassy to place the BBCC in an informed position to lobby for improvements in Bulgarian legislation and regulations, all to help improve the investment and business climate.”

Margarita Vateva, managing director of TMF, the BBCC’s Accountancy firm, presented the financial accounts prepared under IFRS for the 15 months since registration of the new Chamber to December 31 2012.

Attention was drawn to subscription income, the close control over management of member events and income from them, and the substantial amount of voluntary, pro-bono and discounted services from which the chamber had benefitted in many ways during the initial accounting period. The accounts which showed a moderate profit and a healthy cash flow were unanimously approved. 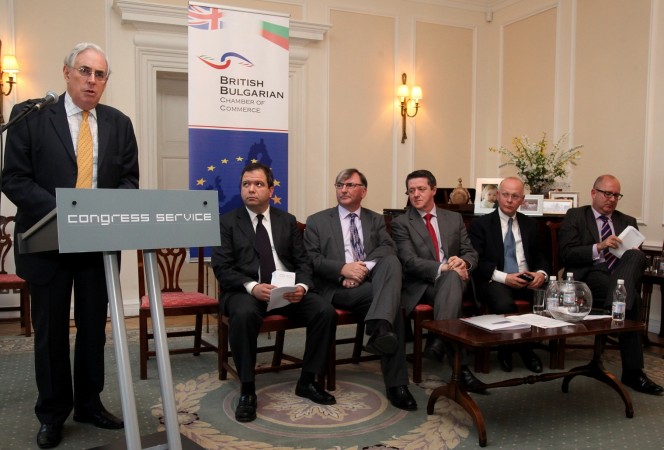 Evelina Stoyanova, BBCC Executive Director, who had now been working for a full year with the chamber, spoke on the initially low member numbers inherited from the previous UK-based chamber, the major increase in new member enrolments in Sofia from the start of 2012, and the fundamental changes which, with board input and approval in December, had been made to the whole scheme of membership categories and subscription levels with effect from January 1 2013.

Care had been taken to restrict percentage price rises in certain categories, while new premium-grade membership packages had been launched which gave large member companies opportunities to have free attendance at events to which they regularly sent quite a few people, as well as benefitting from advertising opportunities on the BBCC website.

Excellent cash flow was reported from subscription income in the first three months of 2013, already exceeding by more than 50 per cent the entire net membership subscription receipts for the 15 months to December 31 2012.

“The good news here is that this indicates broad acceptance by existing members of our new subscription structure and pricing still well below other leading chambers.”

The executive director drew attention to the substantial BBCC Calendar of Events for 2013, based on several months of planning and input since mid-to late 2012 by all existing Board Members, which was distributed to everyone present (it can be found on: www.bbcc.bg).

In addition to the Honorary President (Ambassador Allen), Honorary Vice President (Ambassador Konstantin Dimitrov in London), Honorary Board Member (Ivan Stancioff) and ex officio UKTI representative on the Board (Tim Buisseret), the four existing elected Board members (Bill Drysdale, Richard Clegg, Svilen Spassov and Vesey Crichton) have all just completed the first part of their initial two year term of office at the ‘new’ Chamber.

“Hence at this time no formal election or confirmation of their positions was required, but it was apparent informally, from nodding of heads by a majority of members present, that there was tacit approval for the status quo.” 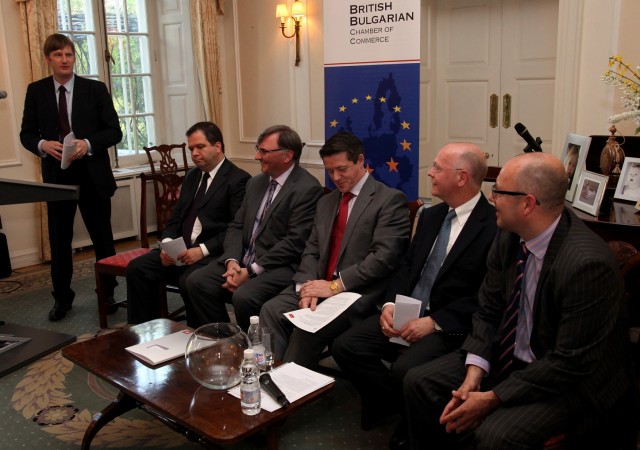